I am sorry that my letters have not been getting through these past years. While I have longed to talk to you, we have been restrained from sending our correspondence due to the war. But now that the fighting has ended, we are again at liberty to send them.

Much has changed since we last spoke. The war has taken much from us and I fear things will not be the same as it once was. It is hard for me to remember how we long thought we would escape this war as Mr. Turner and our son, George were neither of age to fight. Since the war, Mr. Turner seems to have aged so much. While he is just fifty-seven years old, he seems to have aged to much older through these last four years. One would think that it was 1885 instead of 1865 according to the lines on Mr. Turner’s face and the look of exhaustion.

While other homes were not spared the invasion and destruction of either armies, our beloved Belle Grove Plantation still stands. But I don’t know if the loss of our home would not have been better than the terrible sight we witnessed as the Union army approached and took our home from us. We were only given a short time to collect what clothing and personal items we could and were forced to leave. How hard it was to gather my four, young daughters and son into the wagon we were allowed to take, never knowing if we would ever see Belle Grove Plantation or our fine things again. Taken from us were all of our livestock and slaves. One officer seeing the tears of our nine year old son, George, did allow him to take his small pony with him.  I think had it been a horse, George would not have been given such a gift. 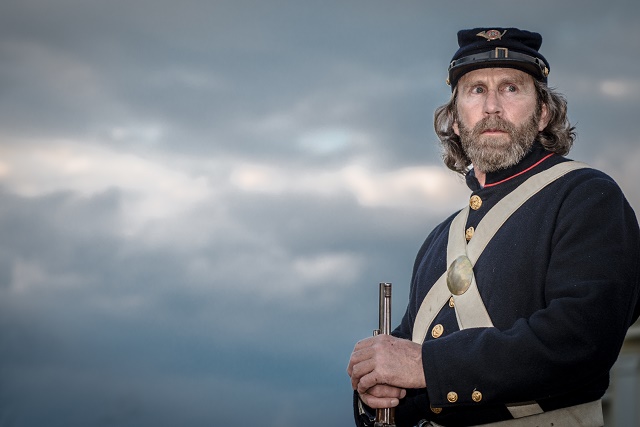 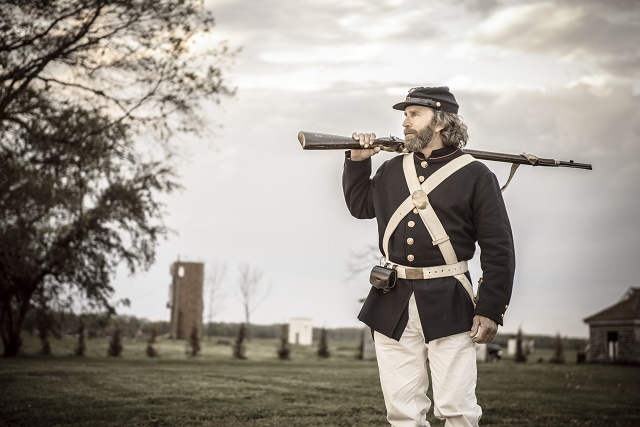 We left Belle Grove Plantation to head to Chotank to be near our family. It was here that we stayed through the rest of the war. I have to say, dear sister that it was one of the most peaceful places we have been. We were away from the main fighting and were able to living without much fear.

It is my understanding that our home was also used as a headquarters during that time that the Union army held her. I must say, it is with thanks that they did use her as such for I am sure it would have been worse for Belle Grove. There is even a rumor that they used part of Belle Grove as a prison of war camp for a short time.

We have been able to return to Belle Grove Plantation, but it is not as it was before. Much of our fine personal items were stolen from our home. All the livestock have been taken or eaten. The slaves were taken from the plantation and used by the Union army or released. It seems such a different place than it was before. It is as if something had died, never to return again. Oh, will it ever be that grand place I once called home? I fear not. If it wasn’t for Mr. Turner, I think I would have rather stayed in Chotank.

Oh how I long for those days that seem so long ago. My memory of the beginning of the war, when our men were so sure. I did have the honor in meeting some of these great men just as the war started. General Robert E. Lee, whose old family home, Stratford Hall is yet but a day’s ride from Belle Grove Plantation, stopped by early to assure us that all would be far away from us and that we would not need to worry. He and General Stonewall Jackson, both made us feel that comfort we longed for. How sad was the news of General Jackson’s death early in the war. 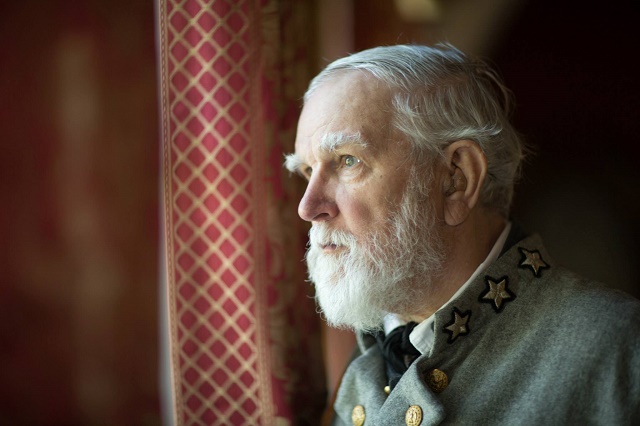 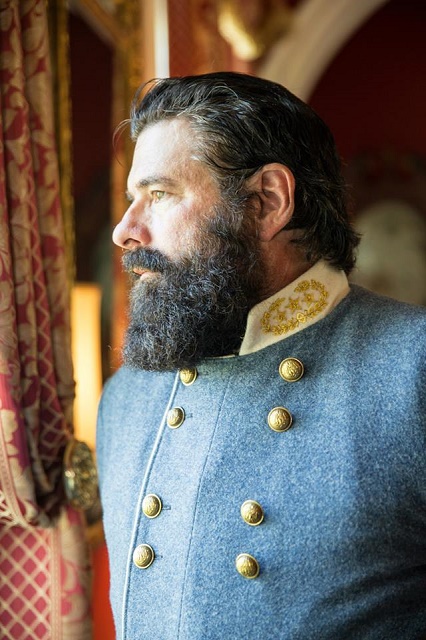 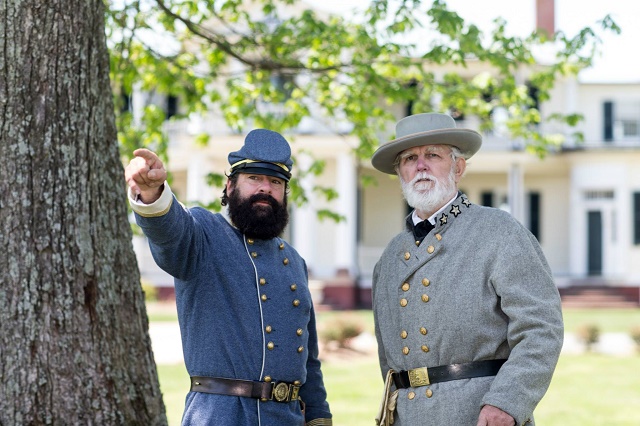 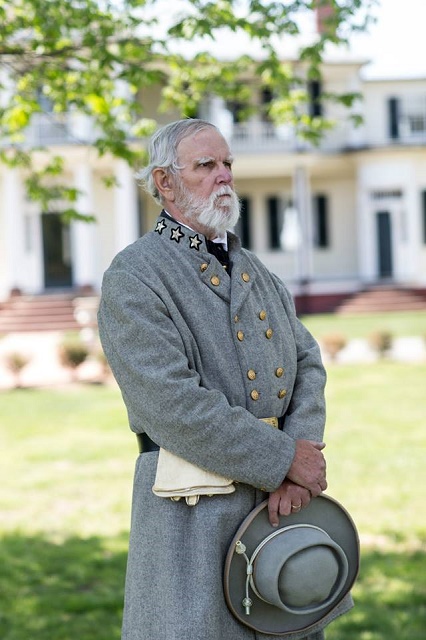 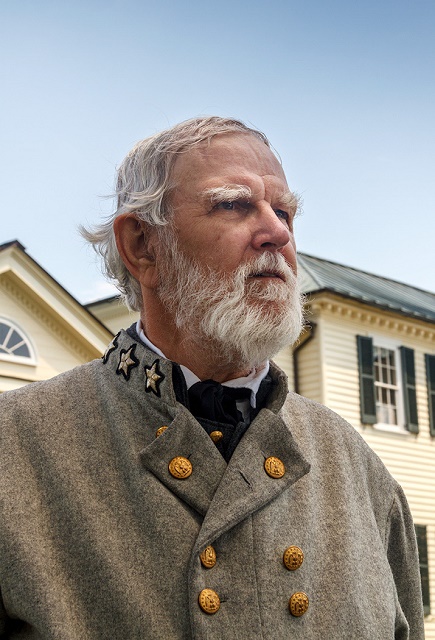 The 47th Virginia made a stop at Belle Grove as well. We offered them water and what food we had to give. Many soldiers walked up our lane throughout the time we were at Belle Grove Plantation, in need of water, food and a place to rest. It was our honor to be of what assistance we could. 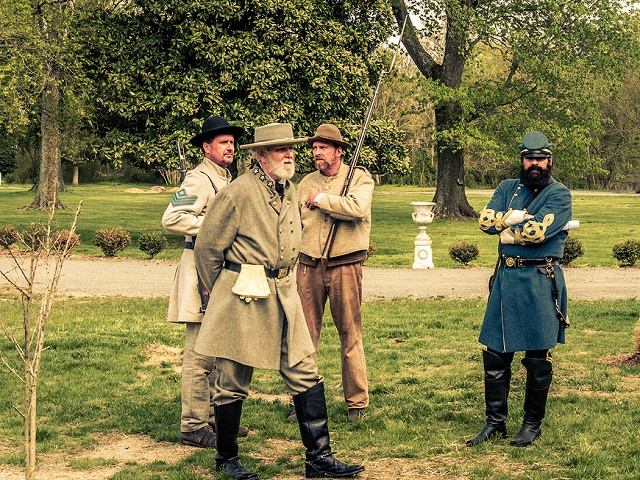 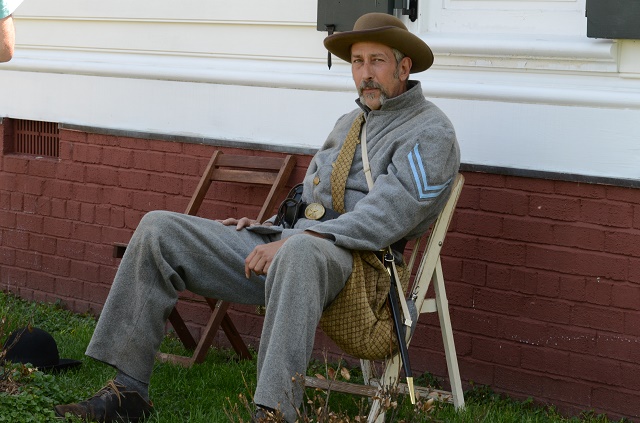 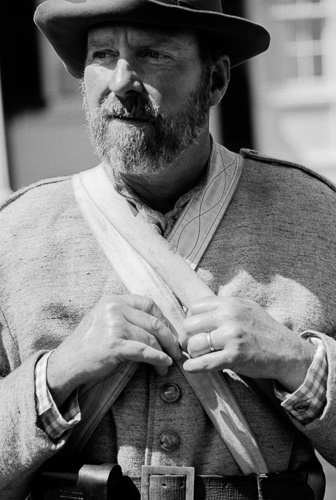 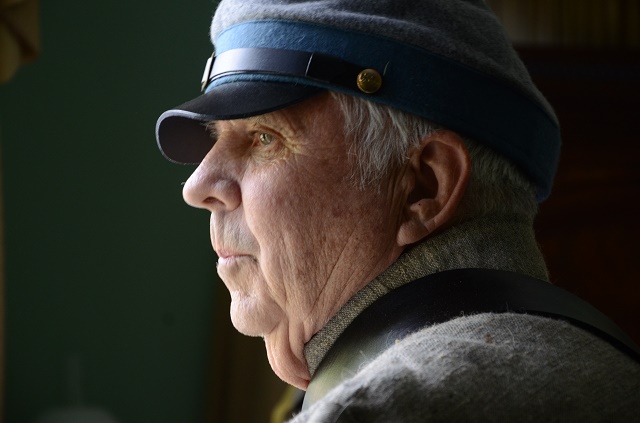 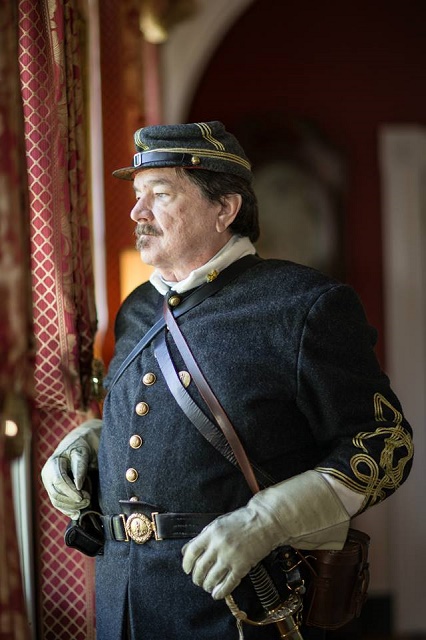 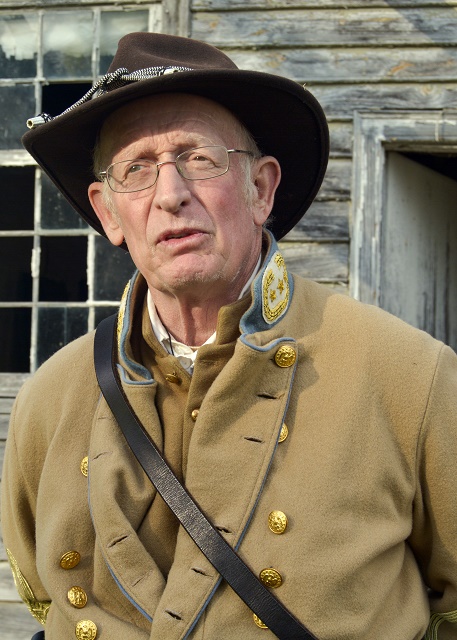 The one sight we soon learned to fear was that of the Union army gunboats. These steamboats were fitted for war and would sail up and down the river, firing their guns at whatever fancy they saw fit to shoot. Many of our plantation homes along the river have felt their guns and several home stand no more because of them. Once I received word that our family at Camden were fired upon. An officer from one of these gunboats arrived at their door asking if anyone was at home. Our dear cousin told him that she and her sick child along with their servants were the only ones at home. He reassured her that she was be safe and they would not harm her or her home. When the officer boarded his gunboat, the captain of that gunboat gave the command for them to fire upon the house. The officer that had spoken to our dear cousin protested telling the captain he had given his word that no harm would come to the home. The captain did not relent. As our dear cousin was laying her sick child down in her crib a shot broke through the nursery wall and nearly killed her. Had she not been laying over the crib, surely the shot would have struck her and killed her. They continued their barrage until our dear cousin’s tower on her beautiful home lay in ruins. Yet sad news still followed just a week later as our dear cousin’s child passed away in her arms.

Just as the war ended, we were yet pulled into another event that will forever be imprinted in my mind. In April, word traveled to us about the death of President Lincoln. Shortly after, we saw a sight that again brought fear to us as a group of Union soldiers once again rode up the lane at Belle Grove. We were informed that the assassin and his companion were in our mist and that the soldiers had been pursuing them for days. They required our front lawn to rest and eat before moving on the next day. One of these officers, Lt Col Conger, seemed in a very bad way. This officer had been wounded three times during the war and was having a hard time of this pursue. We allowed him to come into the front hall to rest and eat. My dear sister who would have ever guested that the famous actor, John Wilkes Booth would be the one to bring down our President! As I am sure you know, he did not survive Garrett’s Farm. I have heard that Lt Col Conger, the very one that slept in our hall, set Garrett’s barn on fire in hopes of smoking out the assassin. But before J Booth could exit, another soldier fired through the barn wall striking down J Booth forever. 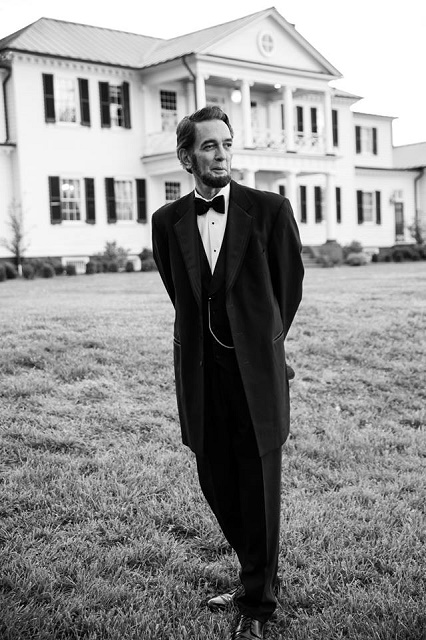 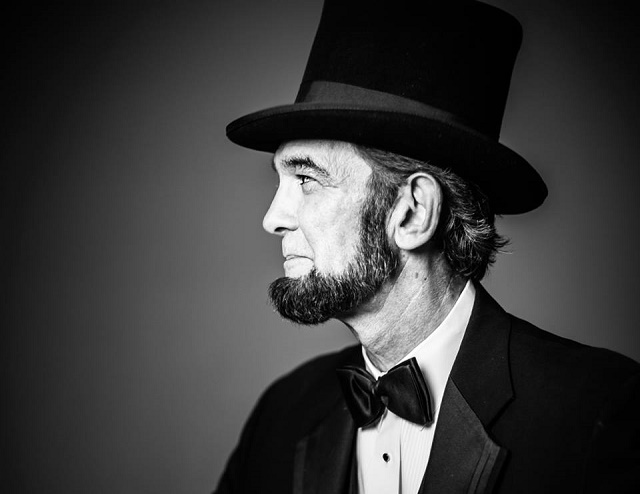 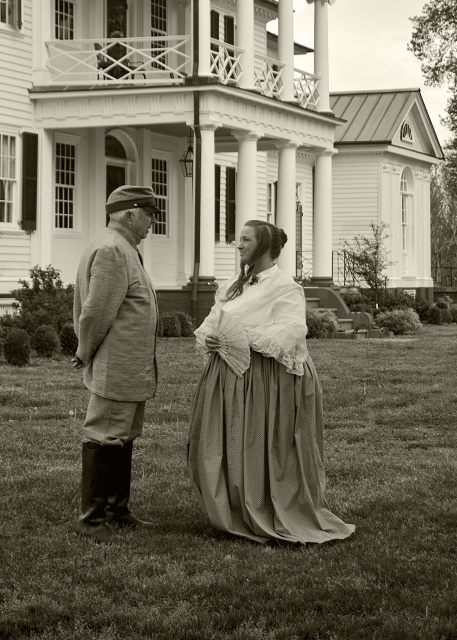 Soldier and the Mistress of Belle Grove – Leslie

Today, I walk the bluff overlooking our river, hearing the sounds of the past years and longing for them to quit. I do not know if that will ever happen here or if it will ever be that grand place in my heart as it once was. But I pray and hope for it. Until then I continue to walk and watch for the end in my heart and head to finally come. 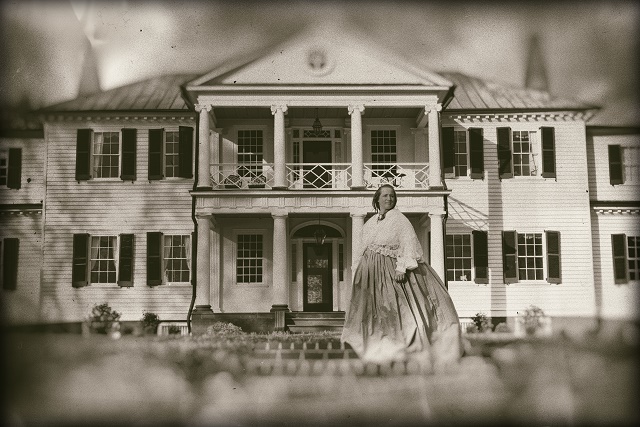 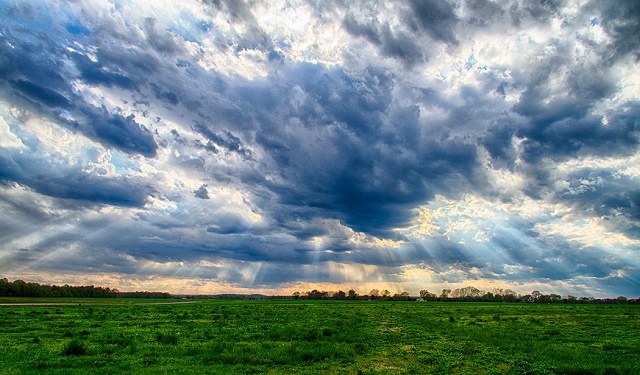 All the photographs were taken during our Civil War Day at Belle Grove Plantation. We would like to thank each of the photographers that gave of their time to capture our first Civil War event.

The re-enactors seen in the photographers all gave of their time for our Civil War Day at Belle Grove Plantation. They came short notice and helped us make the event such a great success. We wish to thank each of them for come and being a part of the event and hope to see them again next year. Next year, the event will be a weekend camp out and we hope to have several more units with us.

We would also like to thank all the volunteers who came and helped us. Without our volunteers, Belle Grove Plantation could not present our living history events as we do. You are so special to us!

The letter in this blog is a fiction letter written from the history we have uncovered over this past two years. It is told from the view of Susan Augusta Rose Turner, wife of Carolinus Turner and mistress of Belle Grove Plantation during the war. Susan did in fact have family in Chotank as well as the Pratt/Turner family at Camden. After the death of Carolinus Turner in 1876, she did not remain at Belle Grove Plantation. The plantation was willed to their four daughters and she moved back to Chotank. Whether it was for her own comfort or for whatever other reason, we do not know. It is a fiction thought that she might have wanted to leave after the events of the war at Belle Grove Plantation.

We also do not know if General Robert E. Lee or General Stonewall Jackson ever came to Belle Grove Plantation. It was added to the letter so we could show the photographs of our re-enactors. We do know that the Turner Family was forced from the home and their home, belongings and livestock were taken. It was through family information that we found that George was allowed to take his horse. We assume that it was a pony because a true horse would have more than likely been kept. We also believe that Belle Grove was held as a headquarters for the Union Army. One reason was that the house has never had any bullets holes, shots or cannon ball scaring. Another reason is we have found Union “drop bullets” at the base of one of the outside staircases and at the white entry fence. One last clue was in the pardon letter from Carolinus Turner to President Johnson. In this letter, Carolinus speaks of knowing General Burnside. While we still haven’t confirmed the thought that is was a headquarters or even a POW camp, we believe that the clues do lean that way.

We would like to say that they letter is written from the view of someone that lived through and lived after the Civil War. The reference to the actions of either Union or Confederate armies or the reference to slaves does not reflect our belief and is used only to show what Susan’s feelings may have been. Again, this is a written fiction letter and not intended to be taken as fact.

4 Comments on “My Dear Sister”