Ever since we started looking into the area around Belle Grove for shopping options,

one word seems to be coming up time and time again…

So after my last appointment on Tuesday, I headed over to Fredericksburg to check out this Wegman’s store.

Boy was I in for a surprise!

When I pulled in, my first thought was that it looked like a dressed up Sam’s Club. But when I walked it, I was really surprised! The first thing I did was find an employee to see if there was membership requirement. Nope… just shop and pay. But you can get a “Shopping Card” for extra savings just like most groceries carry. So off I went.

“Brothers Walter and John Wegman (Robert Wegman’s father and uncle) learned the food business by working in their mom and dad’s grocery store in Rochester, NY. Walter worked in the store while John peddled fresh produce from a pushcart.  In 1916, John opened the Rochester Fruit & Vegetable Company, which marks the beginning of Wegmans Food Markets.  Walter joined him a year later.  By 1921, the two brothers bought the Seel Grocery Co., and expanded their operations to include general groceries and bakery operations.

In the 1930s, the stores become incorporated, and expand their product line to include meats, produce, groceries, dairy products, and baked goods.

In the 1940s, Wegmans begins offering frozen foods and adopts a self-service format.

In the 1950s, Wegmans introduces a broad program of employee benefits for full-time employees. Wegmans also begins handling its own real-estate development, leasing, and property management.

In the 1960s, Wegmans begins expanding beyond Rochester with a store in Syracuse, NY.

In the 1970s, the chain begins putting pharmacies in their stores. Laser scanning is introduced to read UPC symbols on products, and Wegmans private-label products are launched throughout the chain. The company creates a Consumer Affairs department to act as the voice of the consumer inside the company and to educate shoppers about nutrition, food safety, and other food issues. Wegmans opens its first store in Buffalo, NY.

In the 1990s, Wegmans introduces “Shoppers Club” electronic discount program, an alternative to coupon-clipping. Chain also hires a registered dietitian and launches the “Strive for 5” program offering recipes with nutritional analyses to promote eating fresh vegetables and fruits daily for better health. Opens first “Market Café,” an in-store restaurant, and their web site is launched. Wegmans enters the Pennsylvania market with a store in Erie, and New Jersey in the Princeton area.

In the 2000s, Wegmans’ weekly specials go online, with a feature that allows customers to build a shopping list sorted by store layout. The company launches Menu magazine in 2001. They are the first chain in the country to introduce fresh irradiated ground beef under their own label in 2002. That same year, Wegmans opens its first full-service restaurant, Tastings, at the Pittsford, NY store. The company’s first stores in Virginia and Maryland open in 2004 and 2005, respectively.  FORTUNE magazine ranks Wegmans #1 in its 2005 list of the “100 Best Companies to Work For.” Wegmans’ Organic Research Farm is established in 2007 on the shores of Canandaigua Lake. In 2008, Wegmans stops selling all tobacco products out of concern for the role that smoking plays in people’s health. The Pub marked Wegmans first full-service restaurant inside the store when the Collegeville, PA store opened in 2009. At the end of ’09, Wegmans closed Tastings restaurant and opened Next Door Bar & Grill across the street. The new restaurant is described as “a fun place with great food.”

In 2010, the Wegmans iPhone app is launched in April 2010 and a blog, Fresh Stories, begins in July. The Food Bar opens in the space once occupied by Tastings restaurant, adjacent to the Pittsford store. Wegmans opens its first Massachusetts store in Northborough in October 2011.”

The first thing I saw was the produce section. It has to be three times larger than most groceries I have been in. To the right, my nose started leading me to the small cafes that offered ready-made meals and snacks. Pizza, sushi and even a hot/cold bar! 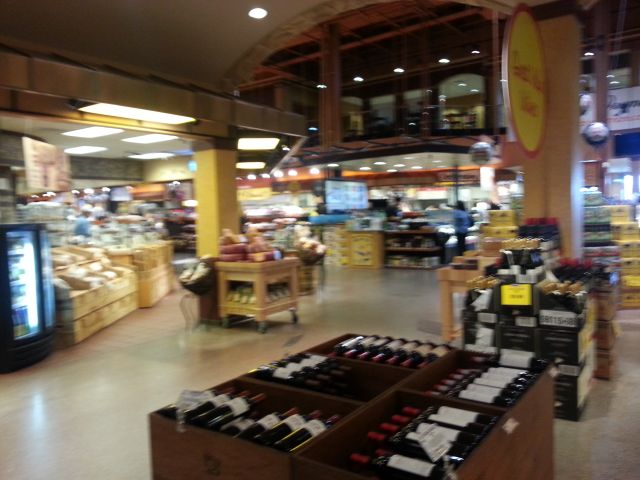 I walked around this area and found myself in the meat section. It was huge!! And had to have almost every meat you could think of or need. They even had a deli and seafood bar in case you got hungry while you shopped!

Then I wondered into the grocery section. To my surprise they had an entire aisle dedicated to Gluten Free! I know this is going to come in handy for all our Gluten Free guests! But the aisle and options were endless! 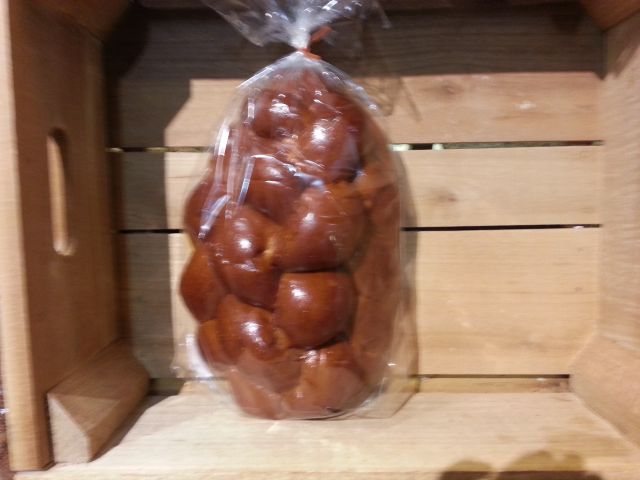 Challah Bread!
I know I will be making some great breakfast bread puddings soon!

They even had a section for items for catering and parties. Plastic glasses, trays and flatware you have to pick up to see that they aren’t real. They also carried kitchen needs like pots, pans, cookie sheets, dishes, placemats, table clothes and so much more!

But I did well; I only made one purchase of a mix someone was telling us about. I am going to give it a try on Friday when I get home for Brett. But I can tell you this; you could spend a day in there and still not see everything! And you better take a list or a really big check book because you can easily spend more than you expected.

But here is what the best part was!

The prices weren’t bad at all! In fact they were what I would have spent at our local grocery!

Was there anything bad about it? 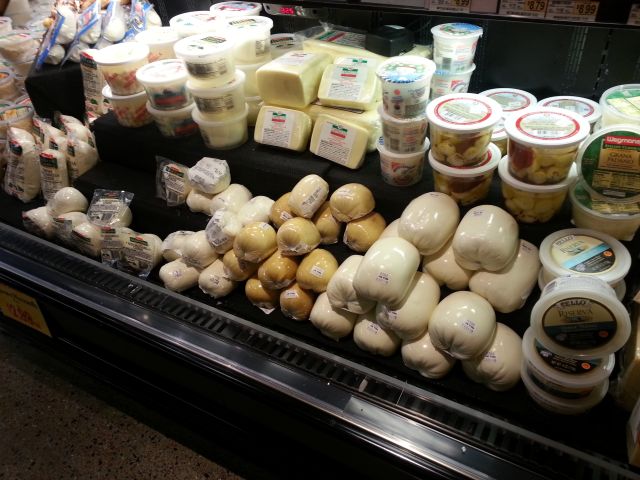 Only one thing I didn’t find was Virginia made cheeses. I want to serve as much Virginia made produces that I can. So I may have to go to a local farm for that. But for most of our grocery needs, I will be coming here!