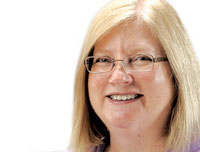 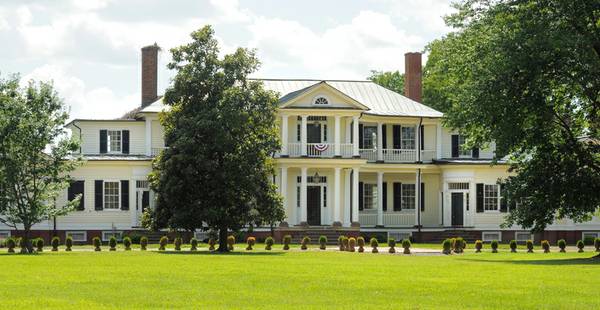 Home with a History is Ready for a New Chapter

From the moment people enter Belle Grove’s tree-shaded drive, Michelle Darnell wants them to feel enveloped by Southern hospitality and a sense of history.

She and her husband hope to open the stately plantation house overlooking the Rappahannock River in the Port Conway area of King George County on Aug. 1 as Belle Grove Plantation Bed and Breakfast.

Built in 1791 on the site of James Madison’s birthplace, the house and its extensive grounds—694 acres in all—will also play host to weddings, receptions, conferences, retreats and other special activities such as two afternoon teas with Dolley Madison re-enactor Lynn Uzzell on Aug. 24.

“Eventually we may hold public events,” said Michelle Darnell. “I’d love to see an orchestra do music under the stars on the lawn.”

The Darnells, who are from Chesapeake, discovered Belle Grove while looking for a place to turn into a bed-and-breakfast after their children went off to college.

“I’m from South Carolina and had a grandmother who taught me three things: history, entertaining and cooking,” said Michelle Darnell, who used to work as a sous-chef at a Virginia Beach bistro. “It was inevitable that I would run a B&B.”

Awed by Belle Grove’s potential, the couple leased it from Franz Haas Machinery in 2011. The Austrian company had purchased the house in 1988, and later spent $3.5 million to strip it down to the studs and restore its former glory—along with some modern touches.

To prepare the property for its new role, Michelle Darnell has spent the last two years researching its history, which is replete with family sagas and a brush with Civil War history. They include the mysterious 1869 etching in an upstairs window by Caroline “Carrie” Turner that hints at a romance, and an overnight stay by Union officers in pursuit of Lincoln assassin John Wilkes Booth.

Belle Grove Plantation’s history begins with a more than 5,000-acre land grant given to Thomas Chetwood and John Prossor by Virginia Governor William Berkeley in 1668.

Nearly 75 years later, Belle Grove became the childhood home of Eleanor Rose Conway Madison. “Nelly” as she was known, returned there after her marriage to give birth to her first son and the future fourth president of the United States. That house either burned or was later torn down.

A relative, Captain Francis Conway III, set aside 13 acres of the plantation’s land in 1783 to lay out what would become Port Conway. Wealthy merchant and ship owner John Hipkins of Port Royal purchased Belle Grove in 1790 for his only child, Frances “Fanny” Hipkins Bernard and her husband, William Bernard.

He built the center section of the current home over what is believed to have been the Conway house’s basement. A later owner, Carolinus Turner—Carrie’s father—added Belle Grove’s distinctive wings, curved porches and porticos.

The plantation has had a number of other owners over the years, and was used at various points as an experimental farm and a summer home for a wealthy real estate broker from Chicago and his wife.

The Darnells are keeping Belle Grove’s history alive by naming the two downstairs junior suites and one of the two upstairs master suites after the Conway, Hipkins–Bernard and Turner families. The other master suite is named for James Madison.

Each suite will have a short history of the family that it’s named for, and antique and reproduction furniture typical of what they might have owned. These include a 1730 full tester bed outfitted with a TempurPedic mattress and 600-thread-count sheets in the Madison suite, and an 1885 cheval mirror in the Turner suite that’s perfect for brides to get a full-length view of themselves in their wedding gown.

“I’m trying to pull pieces of what was here,” Michelle Darnell said. “They won’t all be that old, but there will be anchor pieces so you can get an idea of what would have been here.”

Overnight guests will have their breakfast—blueberry and lemon pancakes, perhaps—served in one of the mansion’s two dining rooms. And they’ll have the use of the two “withdrawing” rooms, one of which has a library that the Darnells are filling through a “virtual housewarming party.” That’s actually a request for books posted on Michelle Darnell’s blog, virginiaplantation.wordpress.com.

She also posted a recipe contest on her blog to pick the official Belle Grove cookie that will be served as a nighttime snack in each suite for a year. The runner-up will be served at lemonade socials.

The Darnells held their first open house for Belle Grove on July 4 as part of Port Royal’s Fourth of July celebrations. They were hoping for at least 10 people to show up for each of the four, hour-long tours they planned to give. They got nearly 100.

“I know that I love this place, but for other people to have that passion to be here floors me,” Michelle Darnell said. “People have longed to come here due to family connections or love of history. It gave me great joy to have them here. It made July Fourth kind of cool.”