Richard Harrison is a photographer that has been following our first blog almost since the beginning of our journey. Richard currently travels the United States taking some of the most amazing photographs. So when he requested to come to Belle Grove Plantation to stay and take some photographs, I was over the moon.

Here are just a few of his photos of Belle Grove Plantation. 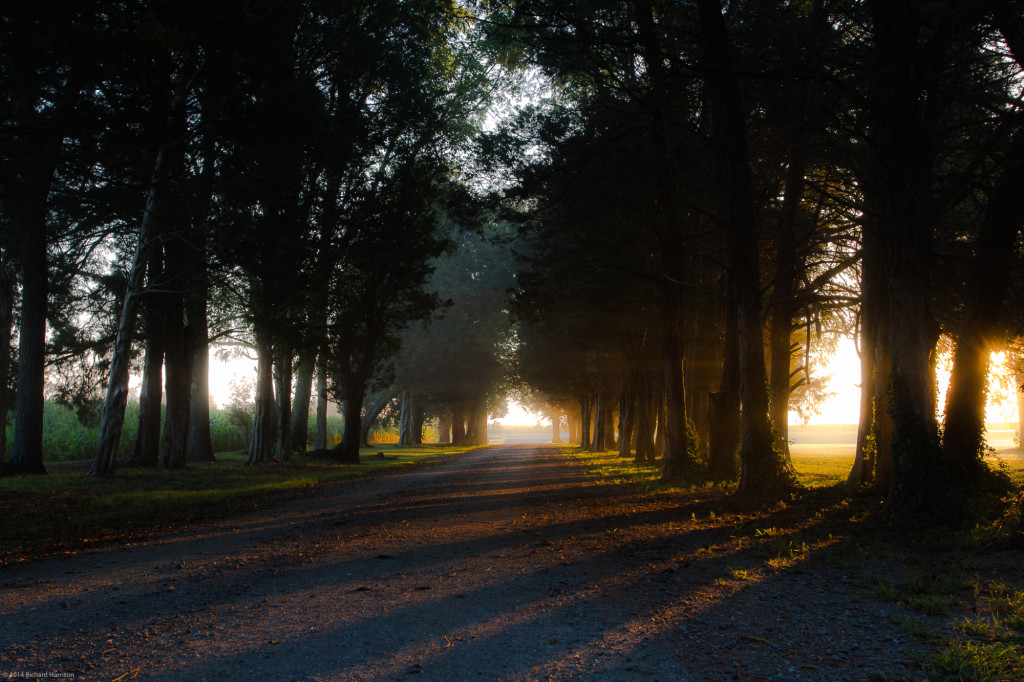 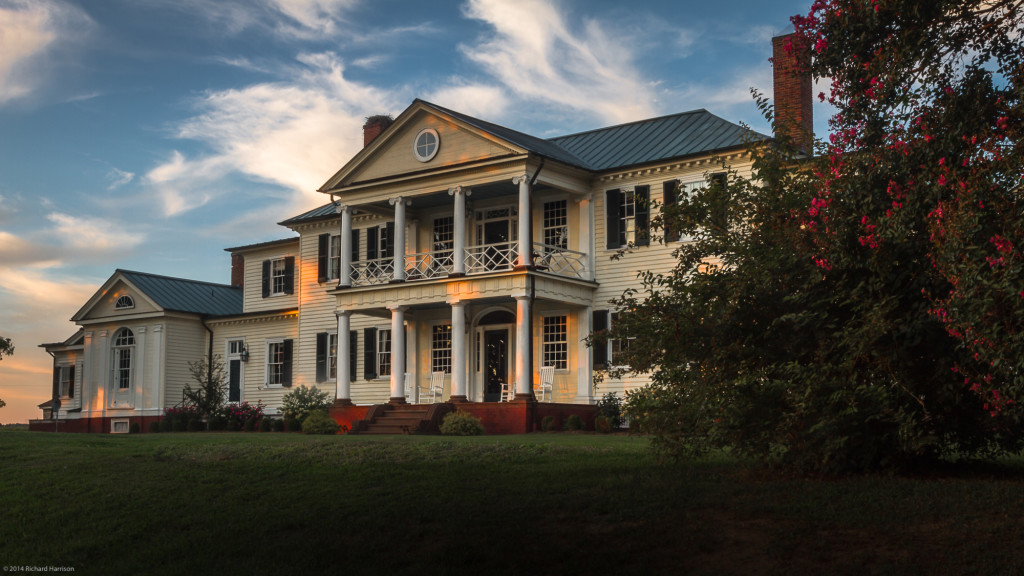 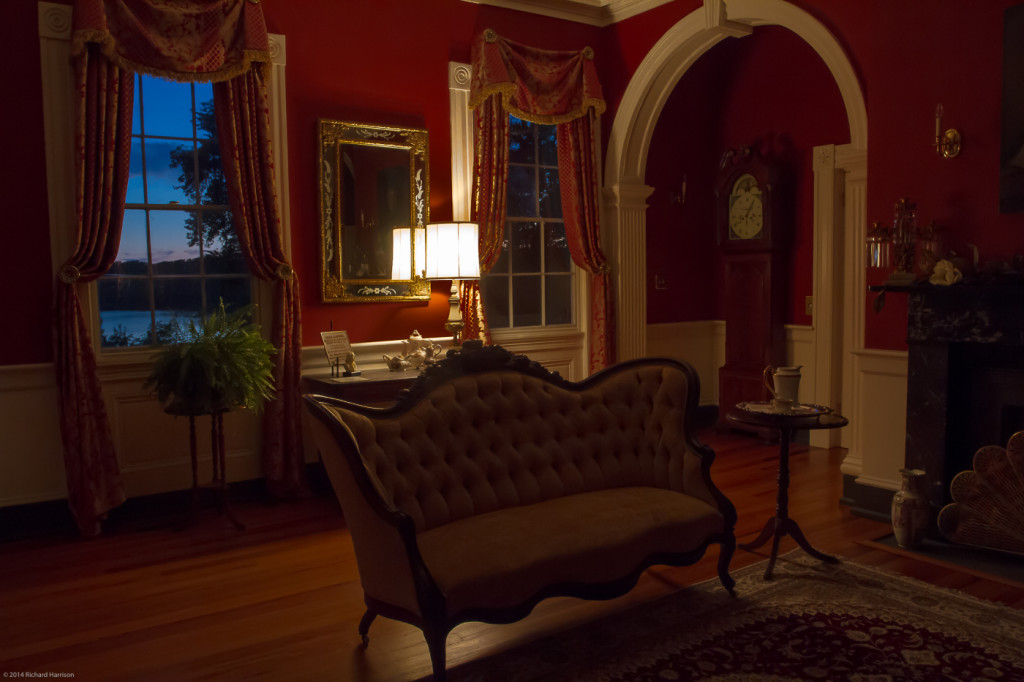 You can see more of Richard’s work on his website –  richardharrison.smugmug.com
To see his blog and his post about Belle Grove, along with more photos of Belle Grove –  richardbegone.com

Thank you Richard for such amazing photographs!

Back in June, Belle Grove Plantation was one of the locations for a documentary film called “When America Met China”. This film, which was directed and produced by Meng Wang, Xuan Zhao and students from American University in Washington D.C. tells about the import of Chinese Porcelain and their affect on Early America. The film centers on General George Washington as he narrates through a letter he is writing. He is thought to be at Mount Vernon as he is writing this letter. However, while Meng and her crew filmed the outside of Mount Vernon, they were not able to film inside the residence.

This is where Belle Grove Plantation stepped in. We provided the interior settings for the film as well as several of the minor actors. These actors were re-enactors from Young Friends of George Washington. They brought both their skills of recreating early America and their beautiful costumes. Their touches truly gave this film an air of true Colonial America. You can see more information on this wonderful group through their website at http://www.gwyf.org/.

As you watch the film, you will see the Madison Suite, the Parlor, the Formal Dining Room, the Riverside Bluff and the Riverside Balcony. No, that isn’t the Potomac you are seeing, it is the Rappahannock River that flows past this grand mansion and plantation.

To see this wonderful film, please visit our Press page at

You will find the “When America Met China” under Films.

We wish to thank Meng Wang, Xuan Zhao and their crew for selecting us for their location. We also wish to thank the Young Friends of George Washington for coming and participating in the film at the last minute! Thank you to James Manship and JoAnn Abbott for their wonderful performances!

What an amazing July 4th event! 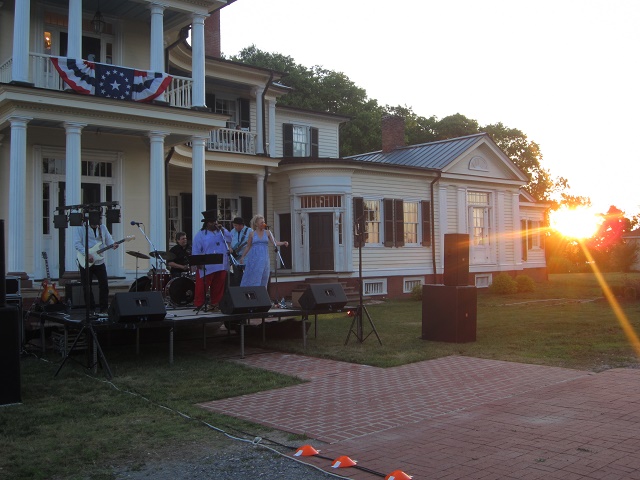 We conducted our first Annual

Concert and Picnic under the Stars

We were so excited to welcome 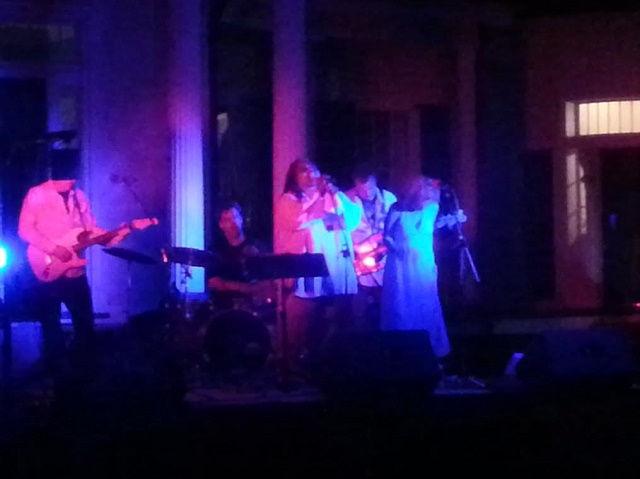 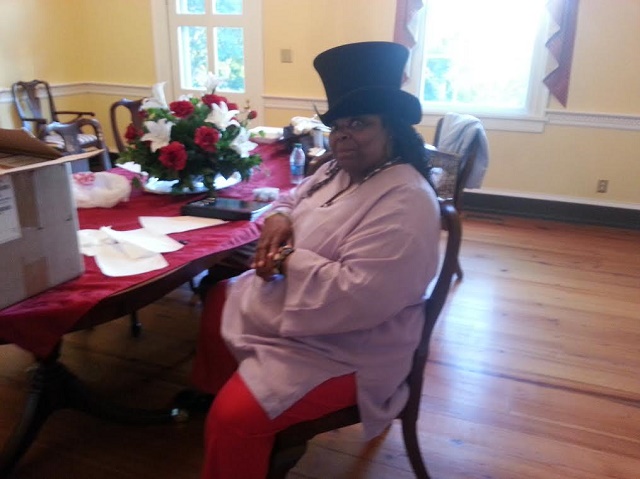 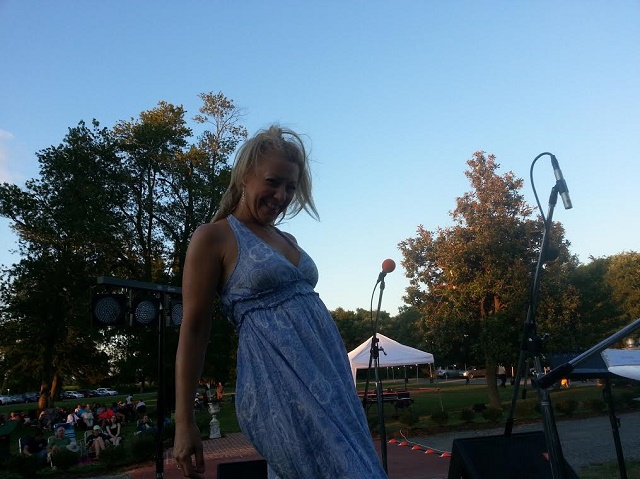 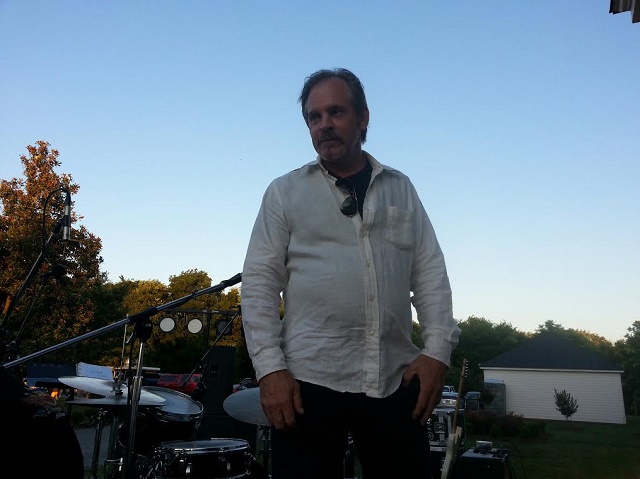 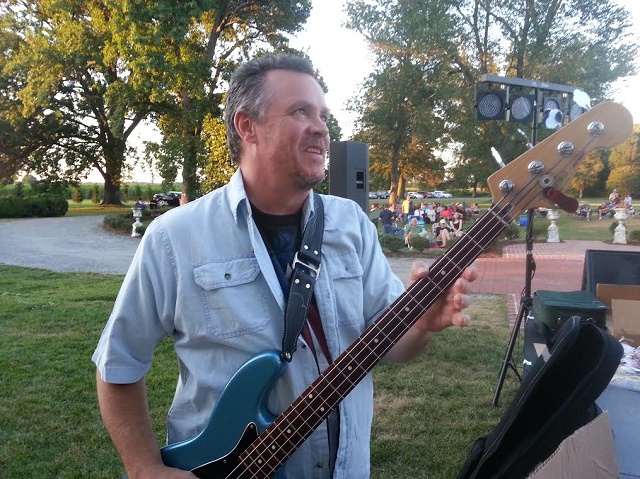 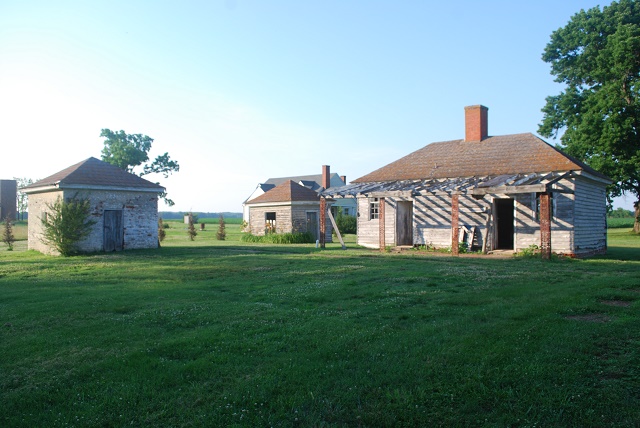 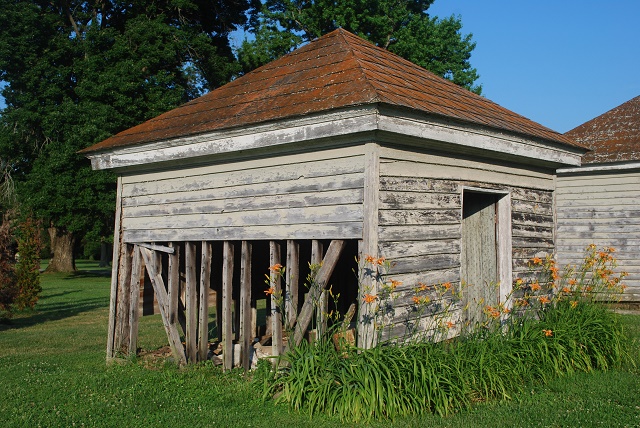 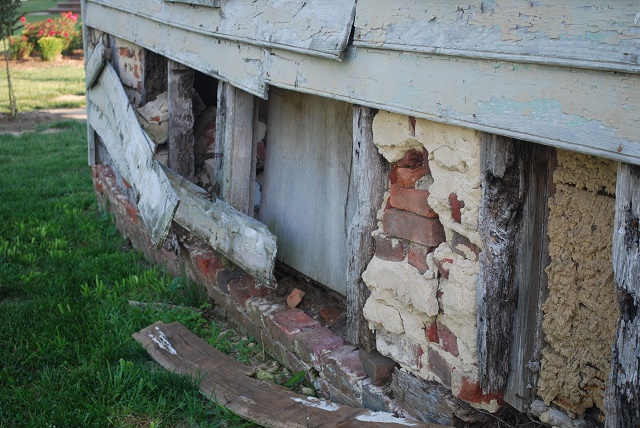 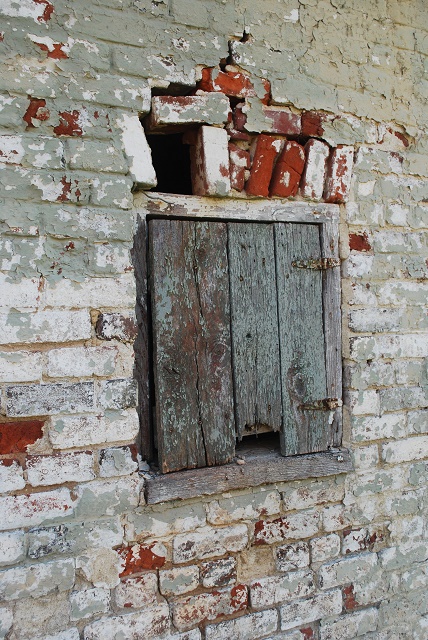 The funds for this event are for the restoration of our 1720 Summer Kitchen, Ice House and Smokehouse. These outbuildings were standing here at Belle Grove Plantation and were in use when James Madison was born here! Today they are about to fall in and are in bad need of help.

Thanks to our Corporate Sponsors

Community Bank of the Chesapeake 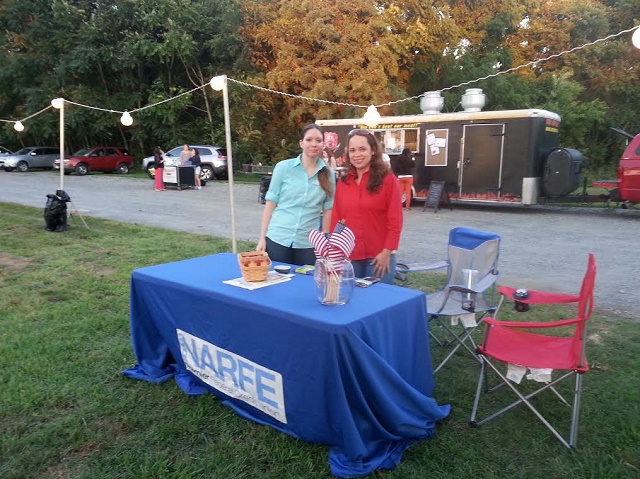 we were able to create this wonderful event where families could come and listen to amazing music of Alexis P Suter and enjoy good food and fun. After all was said and done, we raised $661.73. Yes, I know that isn’t much, but you have to start somewhere. And we truly appreciate all that came out in support and those that gave to help us get started.

But the need is still great and we ask you to make a donation to help us.

You can make an online donation through our website at

or mail us a check or money order to

Thank you to all who have supported us and our efforts! 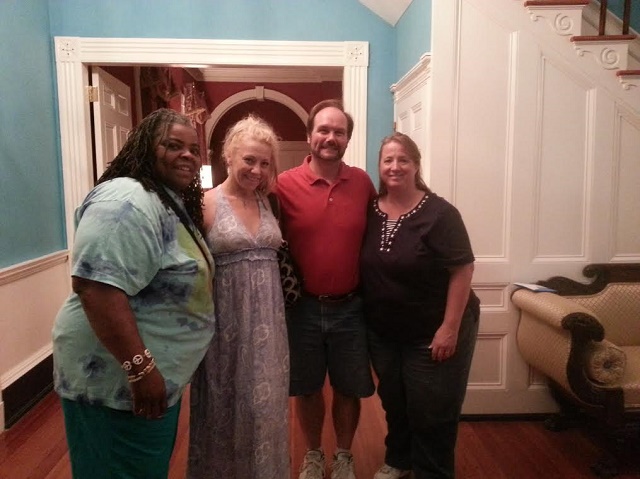 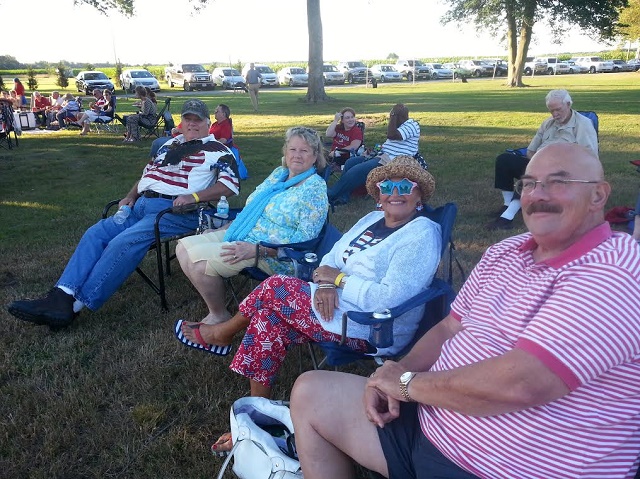 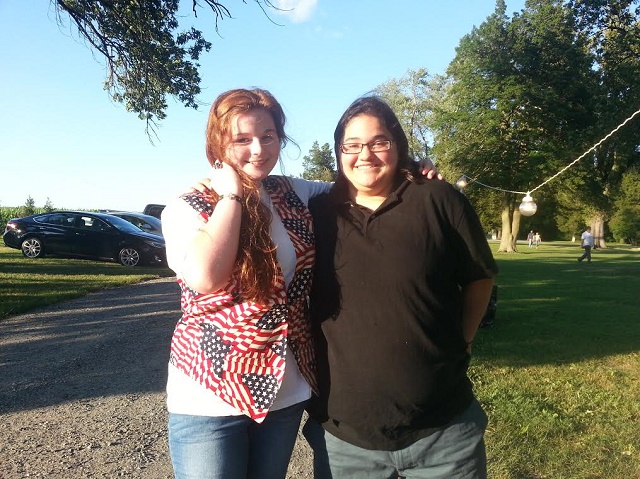 Enjoy our video highlights at 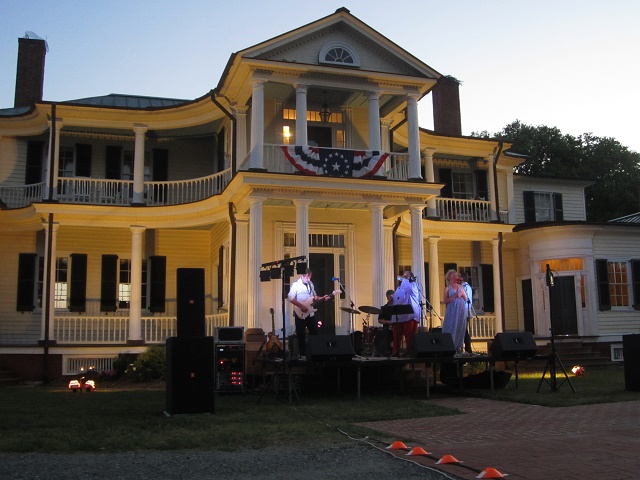 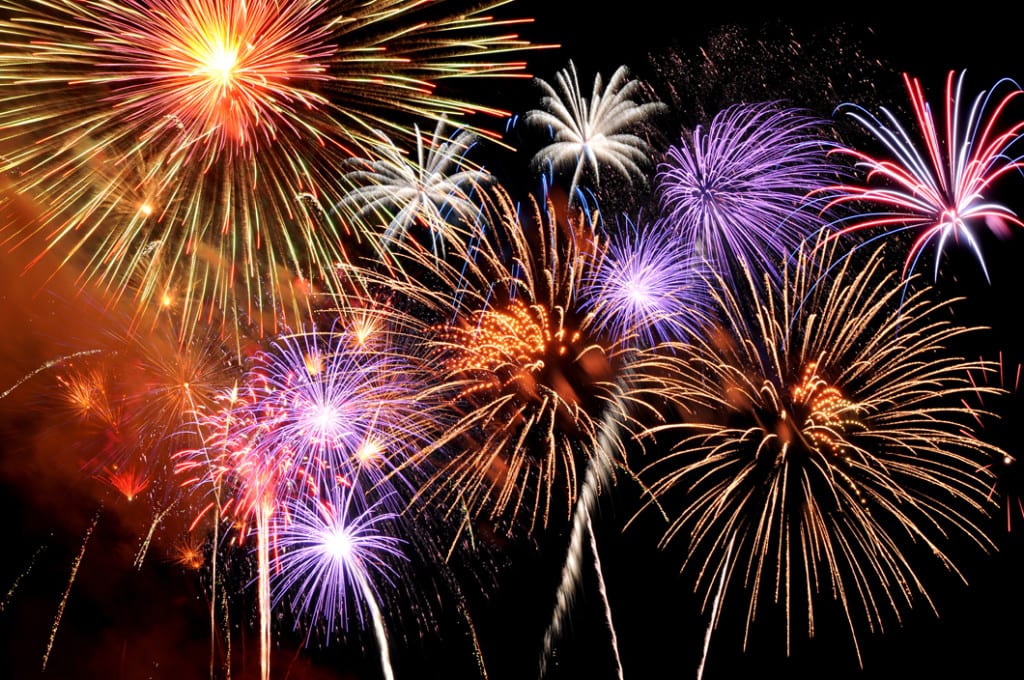 After seeing a Facebook status from the History Channel saying 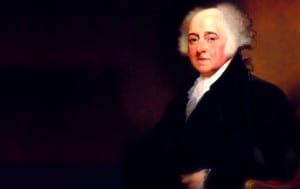 I became curious. I mean I have never heard about this. And knowing how much I love history, I had to find out.

I came across this article from the National Constitution Center. So let me share enlighten you.

When is the real Independence Day: July 2 or July 4?

There’s no doubt the Founding Fathers signed the Declaration of Independence in July 1776. But which date has the legitimate claim on Independence Day: July 2 or July 4?

If John Adams were alive today, he would tell you July 2nd. Other Founders would say July 4th, the day that is currently recognized as a federal holiday by our national government. And still other Founders would say, “what Independence Day?” since the holiday wasn’t widely celebrated until many of the Founders had passed away.

Officially, the Continental Congress declared its freedom from Britain on July 2, 1776, when it approved a resolution and delegates from New York were given permission to make it a unanimous vote.

John Adams thought July 2 would be marked as a national holiday for generations to come.

“The most memorable Epocha, in the History of America. I am apt to believe that it will be celebrated, by succeeding Generations, as the great anniversary Festival… It ought to be solemnized with Pomp and Parade with shews, Games, Sports, Guns, Bells, Bonfires and Illuminations from one End of this continent to the other from this Time forward forever more,” Adams said about what he envisioned as a July 2nd national holiday.

After voting on independence on July 2, the Continental Congress needed to draft a document explaining the move to the public. It had been proposed in draft form by the Committee of Five (John Adams, Roger Sherman, Robert Livingston, Benjamin Franklin and Thomas Jefferson) and it took two days for the Congress to agree on the edits.

Once the Congress approved the actual Declaration on Independence document on July 4, it ordered that it be sent to a printer named John Dunlap. About 200 copies of the Dunlap Broadside were printed, with John Hancock’s name printed at the bottom. Today, 26 copies remain.

That is why the Declaration has the words, “IN CONGRESS, July 4, 1776,” at its top, because that is the day the approved last version was signed in Philadelphia.

On July 8, 1776, Colonel John Nixon of Philadelphia read a printed Declaration of Independence to the public for the first time on what is now called Independence Square.

(Most of the members of the Continental Congress signed a version of the Declaration on August 2, 1776 in Philadelphia. The names of the signers were released publicly in early 1777. So that famous painting showing the signing of the Declaration on July 4, 1776 is a bit of an exaggeration.)

The late historian Pauline Maier said in her 1997 book about the Declaration that no member of Congress recalled in early July 1777 that it was almost a year since they declared their freedom from the British. They finally remembered the event on July 3, 1777, and July 4th became the day that seemed to make sense for celebrating independence.

Maier also said that the Declaration (and celebrating its signing) was stuck in an early feud between the Federalists (of John Adams) and the Republicans (of Thomas Jefferson).  The Declaration and its anniversary day weren’t widely celebrated until the Federalists faded away from the political scene after 1812.

In the last letter he ever wrote, Thomas Jefferson spoke in 1826 of the importance of the day. “For ourselves, let the annual return of this day forever refresh our recollections of these rights, and an undiminished devotion to them,” he said.

Two days later, Jefferson and Adams both passed away on the Fourth of July.

Scott Bomboy is the editor in chief of the National Constitution Center.

Posted by Michelle Darnell | in General History | Comments Off on Happy July 2nd!

It all started with an article that appeared in the Fredericksburg Free Lance Star on Sunday, June 29th, written by Cathy Dyson.

Unknown to us, The Associated Press picked up the story from the Free Lance Star!

From there, the word just keeps going and going!

Here are the ones we know about!