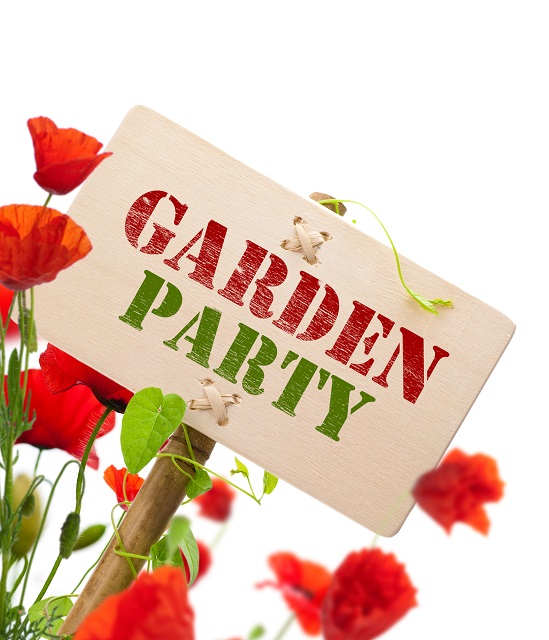 Suddenly, select residents of the town of Christie’s Leigh and those beyond receive invitations to a garden party at Belladonna Manor. No one knows why they have been invited, but the chance to step within the walls of the garden at Belladonna Manor is too enticing to resist.

But when the local vicar, Vicar Demming, falls down dead during the garden party, the guests are faced with a wicked “murder game”, through which they must discover the identity of their mysterious host, and the reasons why this host felt the vicar needed to die. Which of the guests is the killer? How did Vicar Demming die? Will the guests escape with their own terrible secrets kept hidden?

Are you a real character? Be a character for our Murder Mystery!
Characters available are:
Annie Pawlson

The “hired help” for the garden party, Annie has been brought in to serve refreshments, as well as set it all up and tidy up after the party is over. A mildmannered young woman, Annie is quiet and tends to keep to herself. During the day, she works at the local town library, cataloguing books and making sure everyone respects the “Quiet Please” signs. While she doesn’t like to tell many people because it sounds cliche, Annie was, in fact, an orphan. Annie wears a floral dress and a pair of long satin gloves.

A woman from the Big City, Celia has come to the town of Christie’s Leigh for the garden party today. Wealthy and well-spoken, Celia carries herself with perfection, but is clearly uncomfortable to be at Belladonna Manor. A bit of a mystery after her sudden departure from Christie’s Leigh many years ago, what she does reveal about herself is guarded. Some have said that the only thing less prevalent than Celia’s sense of humour is her desire for acceptance in social situations. Celia wears a nice, simple flowing dress and hat.

Daphne has lived in the town of Christie’s Leigh all her life, and follows a long line of Christies who have called the area home. In fact, Christie’s Leigh, was named after her great great grandfather, who set up his home and shop in a clearing in
the woods, and from there the town grew. Until recently, Daphne had one of the most respected and successful law firms in the area. She is serious as stone yet has a softer side and she enjoys playing polo and gardening. She will have a lot more time to enjoy her passions in the future, as she has recently closed her practice. Daphne wears an elegant, flowing dress and a sun hat.

A new addition to the town of Christie’s Leigh, Carolina Spalding is a botanist who studied at one of the finest universities. After graduating, she decided to move to Christie’s Leigh, and has been living here ever since. A valuable addition to the community, Carolina is thriving in her new home and has even spearheaded an annual flower festival, a garden contest and an award for making Christie’s Leigh beautiful, given to the best spring and fall gardens each year. Carolina is friendly, outgoing and naturally curious, and wears a light, flowing dress.

A long-time resident of the town of Christie’s Leigh, Naomi Marx is a quiet woman
who loves gardening and getting involved in the town’s social events. When she
was younger, she adopted Annie Pawlson, and raised her in Christie’s Leigh.
Recently though, her life took a drastic turn, as she was admitted to Godiva Point
Mental Health Facility. Because of this, she is attending the party with Maryanne
Boles, an attendant from the facility. Naomi wears a simple spring dress and hat.

Outgoing and assertive, Maryanne is a resident of Christie’s Leigh, but works as an attendant at the Godiva Point Mental Health Facility, which is about a thirty minute trek from the town of Christie’s Leigh. Maryanne volunteered to escort her patient, Naomi Marx, to the garden party, but shortly after received her own invitation to the party, so is attending both in a working capacity and as a guest. Maryanne wears a spring dress.

To Play a Charater

Receive a full refund is cancelled before March 23rd. After March 23rd tickets are non-refundable.