Where does the time go! It just seems like yesterday that I last wrote in our journal. Things are getting busier with the start of Spring. While the days get longer, it just doesn’t seem like I have enough time to get everything done. Our Special Events have kicked off as of February 28th and our Murder Mystery Scavenger Hunt called Get a Clue. It was a great success and we are looking forward to kicking off our Amazing Race in July. Our next event has become an annual one that we look forward to each year. Our President Madison’s Birthday VIP Dinner and Social.

Each we plan to come together and celebrate President Madison’s Birthday with a VIP Dinner for just 15 people. We invite “Mr. Madison” (John Douglas Hall) and “Mrs. Madison” (Dr. Lynn Uzzell) to join us for a table of fine food, good conversation and living history. After dinner, we conduct a Social with additional guests to meet the Madisons.

Last year, we had a nice showing for this event. But this year… Wow!

It started about a week before the event. I received a call from a local mother who home schools her children. She was looking for an outside field trip for the kids and thought of us. When I informed her of the Madisons arriving in just about a week, she and I formulated a plan to not only get her children there, but to let other parents of homeschool students know. By the time we were on the date, she had over 30 people scheduled to come. We decided to have them come before the event, during the day. Low and behold, we didn’t have 30 people show up… we had 50! It was an amazing hour or so in the parlor with the kids asking questions and Mr. and Mrs. Madison sharing their insight and knowledge. 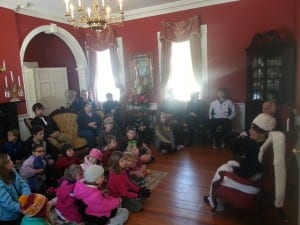 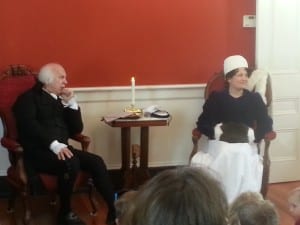 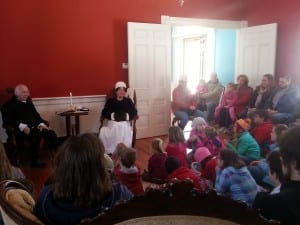 Dinner time arrived quickly after the days event with the home school children. Denson’s Grocery from Colonial Beach provided the meal of Herb Roasted Chicken with White Wine Sauce served with Sautéed Green Beans with Shallots, Herb Roasted Fingerling Potatoes and Sweet Potato Biscuits. Dessert was something special for one of our dinner guests. Her birthday was the same day so we had Chocolate Birthday Cake to celebrate with her. 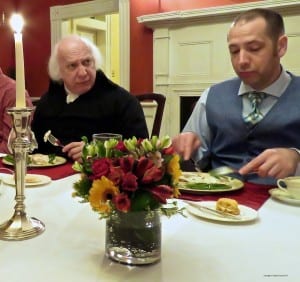 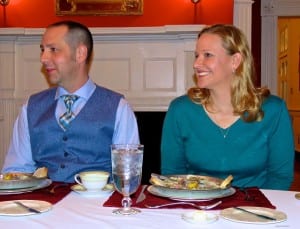 After dinner we moved to the parlor where we met other guests that came to meet the Madisons. Last year, the Social was just a gathering to meet and see the Madisons. This year, it was a little more special. The American Legion had approached us early in January about partnering for a James Madison Essay Contest for local 6th, 7th and 8th graders. We were so excited and suggested that they present the winners to the Madisons during our Social event. 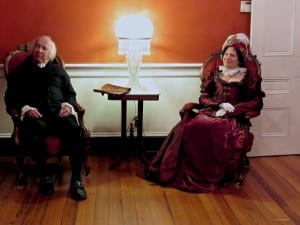 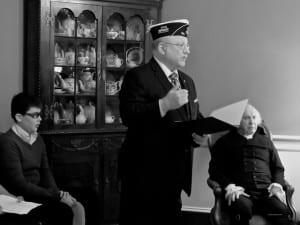 What a great pleasure it was to see and hear each of the essays entitled “James Madison is a hero because”. Each of the student meet the President and First Lady and President Madison presented them with their certificate and prize money.

But this event wasn’t the only event that we remembered Mr. Madison this year.

On Monday, March 16th, Tammy Anderson (our Wedding and Event Specialist) and I went to Montpelier to represent Belle Grove Plantation, birthplace of James Madison during a Wreath Laying Ceremony. This was Tammy’s first visit and I was so excited to be able to share and point out all the wonderful things at Montpelier. This year was also the first year Belle Grove has been invited to lay a wreath at the tomb of this great man. 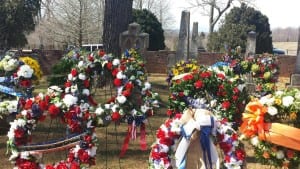 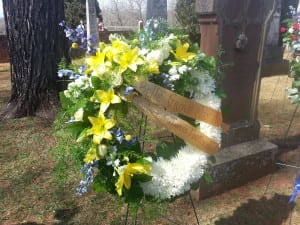 The Ceremony was made even more touching with the Marines conducting the Color Guard, Firing Squad and Presentation Wreath from President Obama. President Obama wasn’t able to be there, so the Commanding Officer of Quantico, Col. David Maxwell, presented the red, white and blue wreath for the United States. He also deliver on of the best speeches I have ever heard. 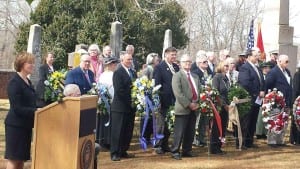 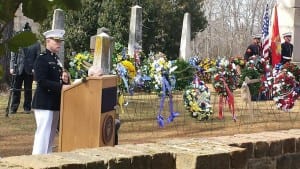 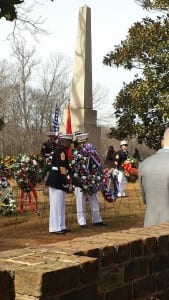 As someone that was presenting a wreath, I was seated in a special reserved section of the audience. In fact I was on the front row seated next to the Congressman’s representative and the City of Orange Board of Supervisor. They placed the wreaths in several rows within the family plot. At one point, we were asked to stand. As our names were called, we walked to stand behind our wreaths. It was a proud moment with our name was announced. It was such an honor.

After we were recognized, we returned to our seat. We were addressed by a history professor and 2 time Pulitzer Prize winner, Alan Taylor, one of the nation’s premier experts in Colonial America and the early U.S. republic.

I don’t want to say I didn’t listen to him, because I was truly interested in what he had to say. But something kept pulling my attention away. I would glance over to the large tombstone and see the word “Madison”. Then my eyes would wonder over to the view between the trees and just beyond to the Blue Ridge Mountains. No wonder Mr. Madison loved this place. I would try to imagine what it might have been like here with Mr. Madison walking or riding around the property. What thoughts would run through his head. How he must have rushed to his library to write them down before they “escaped”. I tried to imagine the day that he was laid to rest. Dolley was so overwhelmed with grief that she didn’t even attend.

Before I knew it, time was up. We stood to prepare for the retiring for the Color Guard. But before they left, we received a three shot salute from the Firing Squad. Then two trumpets, one on each side of the family plot, began playing “Taps”. It was so moving that one couldn’t help be shed a tear. Then the Color were retired. 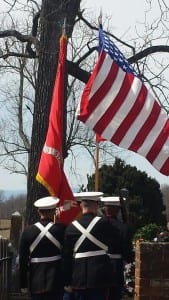 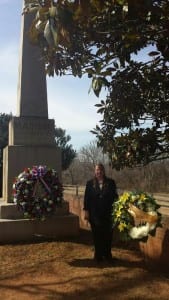 After the ceremony, Tammy and I made our way to the mansion for a tour. Being Tammy’s first time, I tried to remain quiet through the tour (though it was very hard and I didn’t really make it without making some comments) and allow her to experience the tour in all its glory. I did have to laugh a moment under my breath when she leaned over and whispered, “Montpelier is beautiful, but Belle Grove is much better.”

And as we toured the mansion, we arrived in the formal dining room. Just as the docent started her talk, I looked up to see “Mr. Madison” (John Douglas Hall) coming from the hall. I swear to you, it caught my breath as if a Rock Star was entering. Tammy later told me she hear my reaction and had to laugh too. John Douglas Hall has been to Belle Grove many time and we have become good friends. But when we first met during Montpelier’s Candlelight Tour in December 2012, I was over come with joy and excitement. It was as if I was meeting the great man himself! But to see him again in the Montpelier mansion, it brought back that tender memory. Brett laughs because I get so excited. 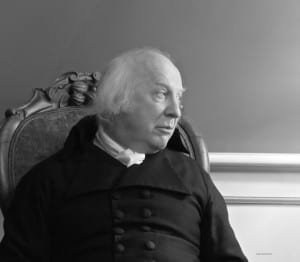 After we headed back out to Orange, Virginia for a quick stop at the James Madison Museum. We had to do a quick walk through because they were getting ready to close. But I wanted Tammy to see some of the artifacts that belonged to James and Dolley. Most especially Mr. Madison’s favorite chair, the Campeche Chair. I do so lush for that piece of Madison history.

This year’s celebration of Madison wouldn’t have been complete unless we posted a special shout out for President Madison on our Facebook page. We encouraged others to “Shout Out” and Share the post. It was just amazing! To date the original post has received 506 likes and been shared 70 times! This is the most that any of our posts has ever gotten! It reached over 22,000 people!

For me, it was just wonderful that over 22,000 people took a moment to remember this great man and all that he did for our country. We celebrate Washington and Jefferson and Adams has had a mini series done on him. President Madison tends to be overlooked. I hope in the future that someone will take the time to teach more about this man, about what he believed in, what he dreamed of and how it has inspired others today.

I think it would be well worth the effort.

Posted by Michelle Darnell | in Diary | Comments Off on Remembering Mr. Madison