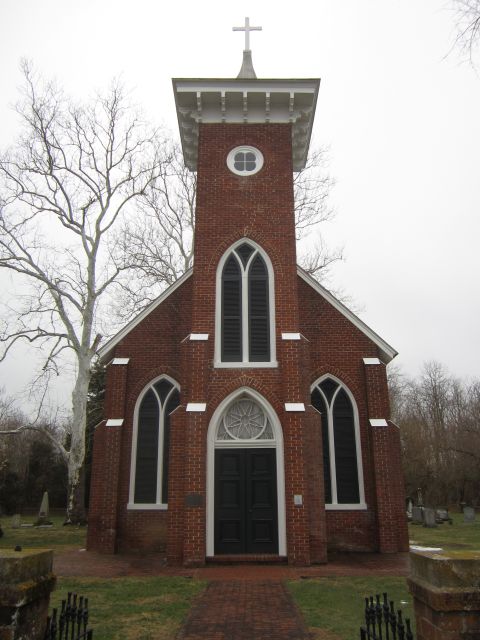 Located just as you enter our tree-lined lane that leads you back to the mansion, you will see a beautiful, little, country church called Emmanuel Episcopal Church. This one acre property was once part of Belle Grove Plantation. In 1859, Carolinus Turner, Owner of Belle Grove Plantation, donated the one acre property and helped finance the construction of this wonderful church. The church opened its doors in 1860.

Last week, I had another opportunity to tour Emmanuel Episcopal Church with a ladies group that had toured Belle Grove Plantation. I never tire of touring the building and the grounds. It holds so much history. 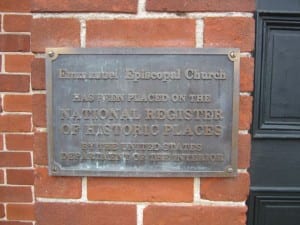 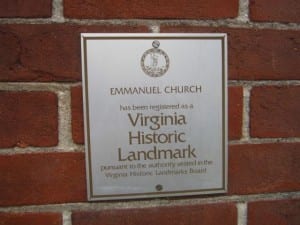 Before 1859, church parishioners had to take the ferry across the Rappahannock River to attend St. Peter’s Church in Port Royal or travel to St. Paul’s in Owens. After 1843, they also could attend St. John’s in King George.

The church was thought to be designed by a Baltimore design firm, architects Nierness and Neilson. J. Crawford Neilson and John R. Nierness were known to have designed other churches in Virginia in a Gothic style similar to Emmanuel Episcopal Church.

J. Crawford Neilson was born in Baltimore in 1817 and studied civil engineering in Brussels, Belgium and established his practice in the United States. John R. Nierness came to Baltimore from Vienna, Austria, where he attended Vienna Polytechnic. In 1848, Neilson and Nierness entered into a partnership.

Emmanuel Episcopal Church is constructed of stretcher-bond brick and has a gable roof. The front of the church is dominated by a 2-story entrance tower. The principal entrance is set with an equilateral arch consisting of paneled double doors topped by a wheel –like motif transom. The windows are elongated pointed arches. There are two windows that face the front and two on each side of the building. There is a basement entrance is located outside of the building on the south wall. 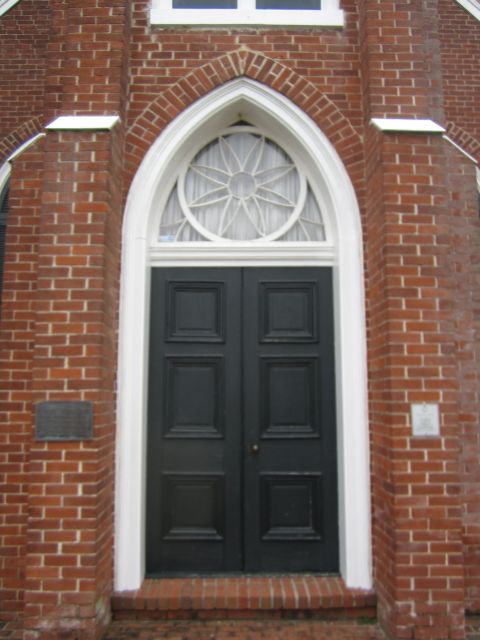 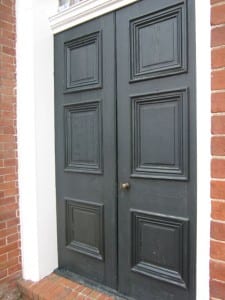 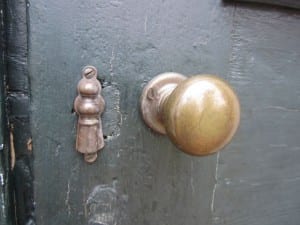 The interior of the church is painted white, but is thought to have had an original decorative paint scheme. There is a central aisle that is flanked by wooden pews that are painted white. These pews have a Gothic ends and are thought to have been varnished and later painted. The front of the church has a raised sanctuary where the recessed altar is framed by an arch. This part of the interior is thought to date to the 1960s. There is a Gothic style wainscot running along the west wall. 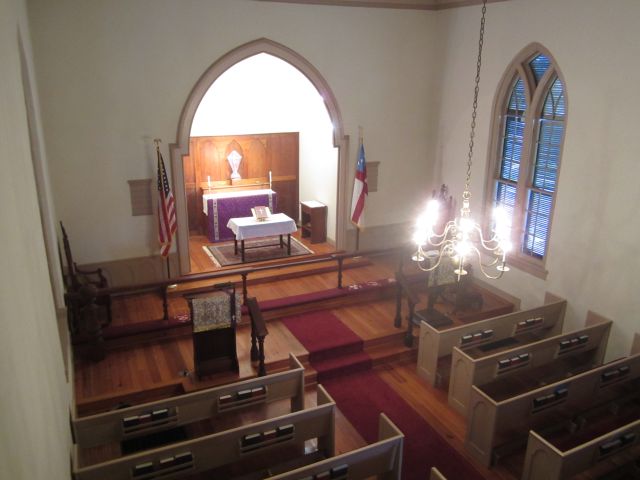 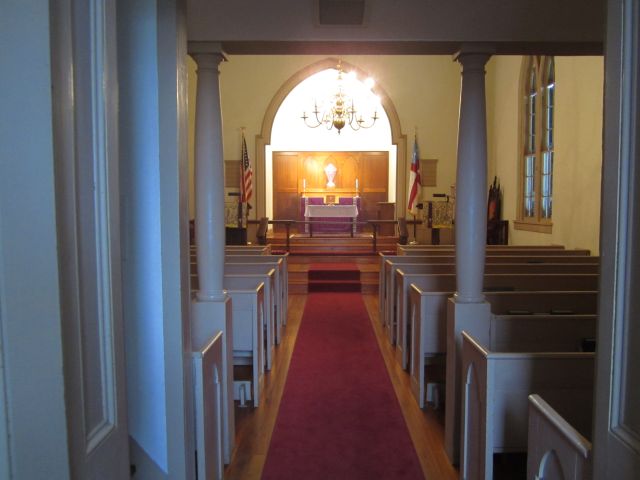 At the back of the church there is a gallery with additional seating. It is believed that this gallery was where slaves would be allowed to sit during services. This gallery also contains the original Henry Erban pump organ which is housed in a Gothic Revival style case. The room is illuminated by a brass pseudo-colonial chandelier. 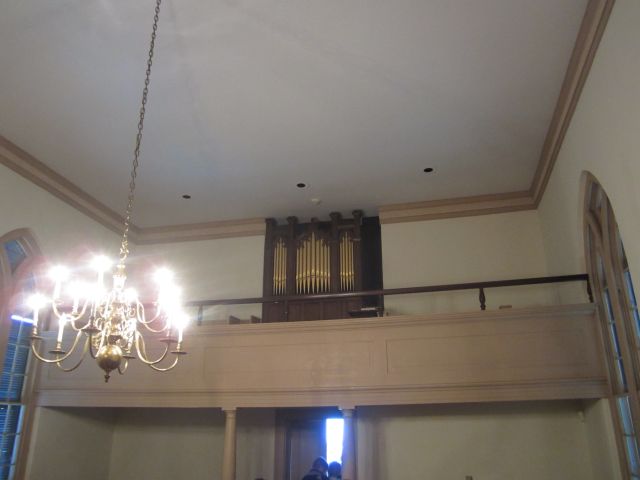 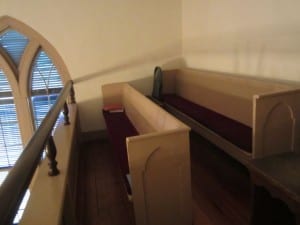 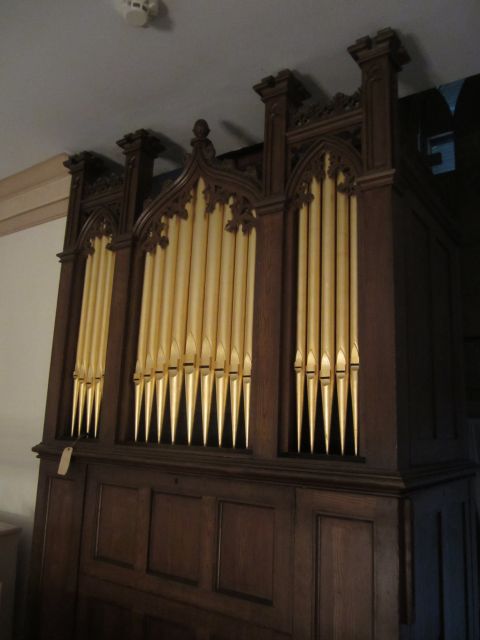 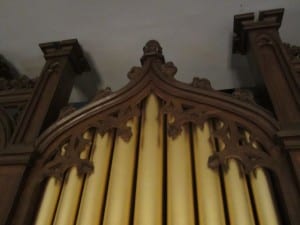 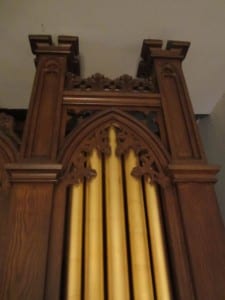 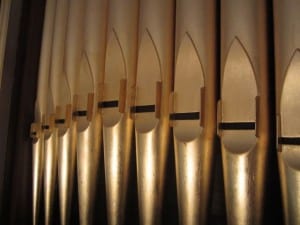 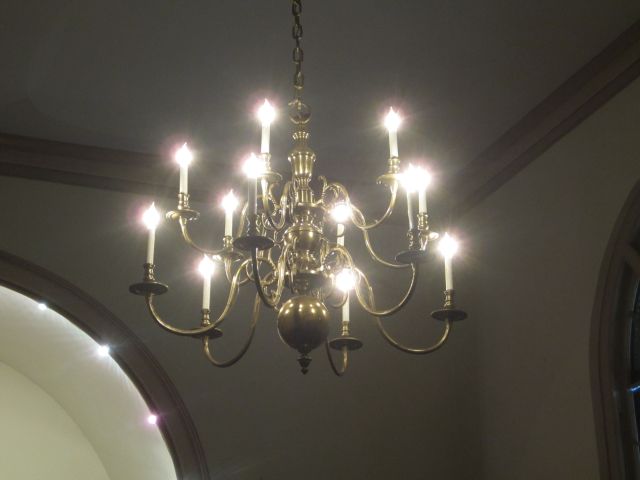 The side and back section of the church yard contains grave sites that date back to 1800s. The oldest grave site is that of Major Henry and Elizabeth Turner. Their tombstone, which dates to 1751, was moved from its original location to the church. Their bodies were not moved with their tombstones and remains in an unknown location. Notable families that are buried within this small cemetery are the Turners, Strothers, Robbs, Jetts, and Hooker Families. Most of these family members were born, lived or died at Belle Grove Plantation. The exception would be that of the Strother Family. This family was from the Milbank Plantation that is next door to Belle Grove Plantation. 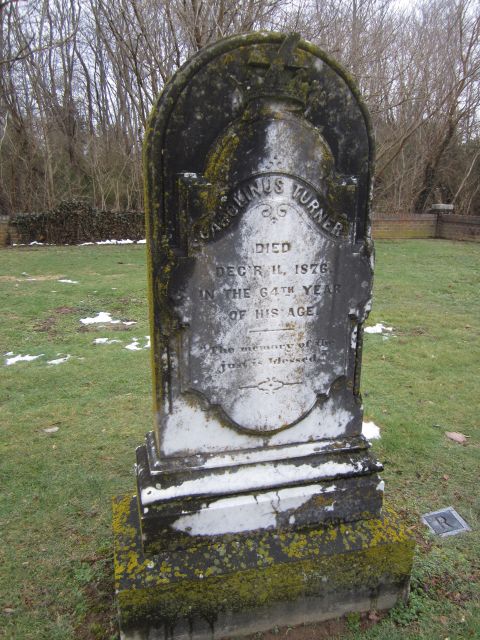 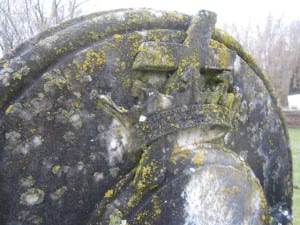 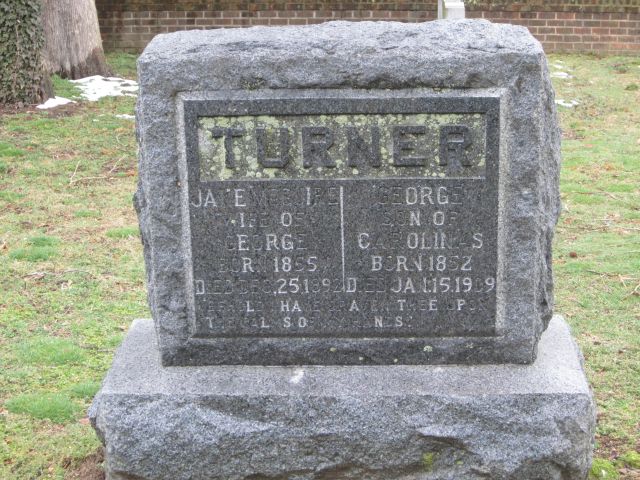 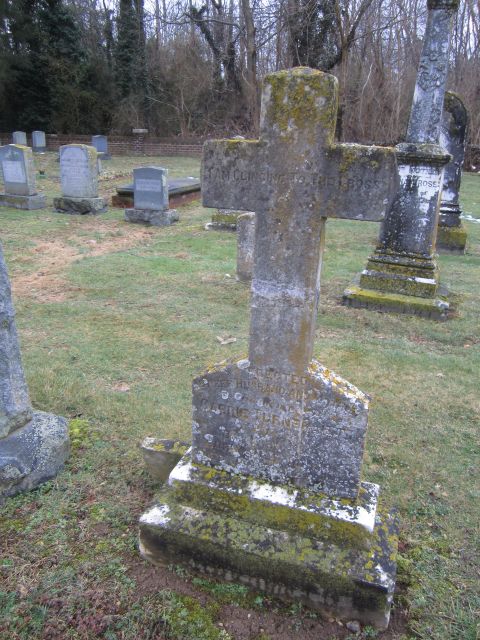 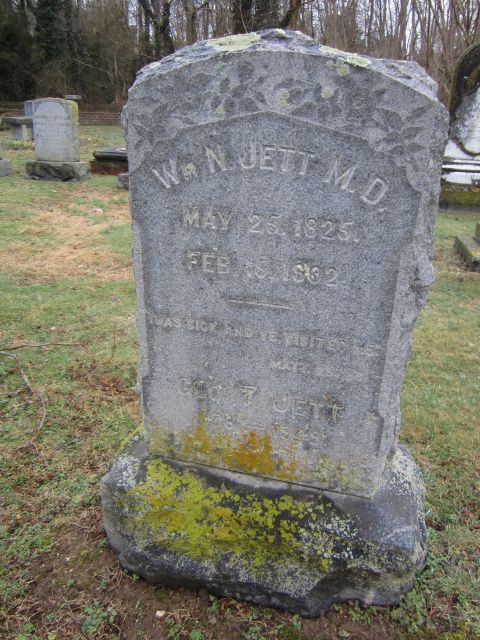 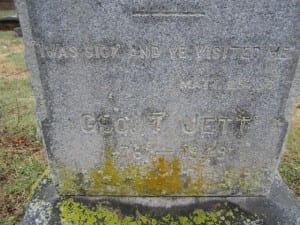 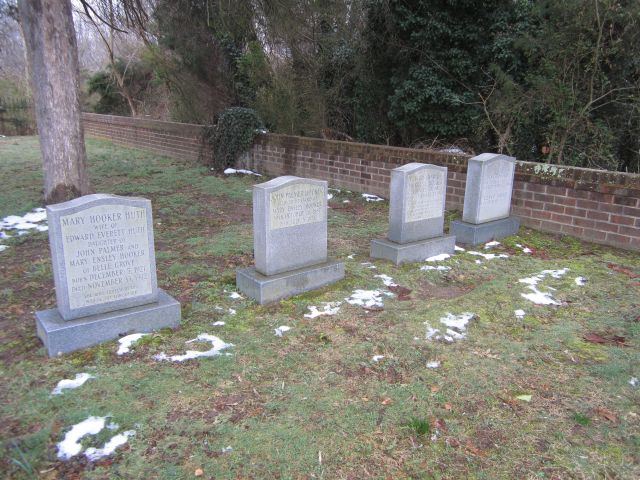 There is one monument other than Major Henry and Elizabeth Turner tombstones that represents a family that is not buried in this cemetery. This monument is the Hipkins-Bernard monument. It is a six foot obelisk that has the date of 1849 and the name J.H. Bernard on it. It also has a plaque that was added in 1983 that states that this monument was once located on Belle Grove Plantation. It was to mark the unmarked grave site of John Hipkins, Elizabeth Pratt Hipkins, Frances “Fannie” Hipkins Bernard, Eliza Bernard, William Bernard II and five of William’s infant children. The orginial burial site is located just in front of the Hipkins-Bernard Suite on the north side of the mansion and is marked by a 12 foot by 12 foot sections of English Boxwoods and 10 Red Knockout Roses for each of the family members. There is a identical flower bed on the south side of the mansion, but is there just for symmetry. 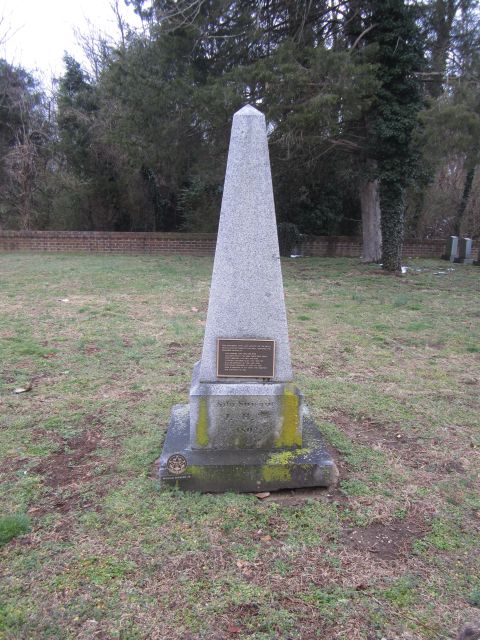 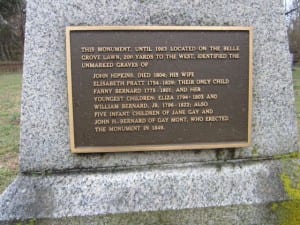 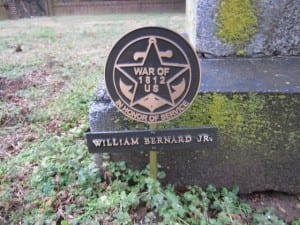 The church is surrounded by a brick wall that was erected sometime in the 1960s. The church was placed on the National Register of Historic Places in the 1970s.

In 1861, the Reverend Alexander Shiras was rector for both St. John’s Church in King George and Emmanuel Episcopal Church. During 1862, he reported the following:

“The war borne somewhat heavily upon the Parish (Hanover Parish), scattering its families, carrying off its young men and almost dissolving the congregation. Regular services were steadily kept up and others held for the soldiers occasionally stationed in the neighborhood.”

The area of Port Conway and Port Royal saw many struggles between the Union and Confederate forces during the American Civil War. Most homes were either destroyed or damaged. Churches would also see the same fate. Emmanuel Episcopal Church somehow managed to survive. That is a story that has been handed down as to the fate of this small country church.

During the Civil War, when Port Conway was occupied by Union forces, a soldier walked into Emmanuel Church and sat down at the organ. The building had seen some damage from shots fired at it. The soldier started playing the organ. It warmed his heart and made him homesick for his church back home. He was so moved by it that he convinced the other soldiers not to destroy Emmanuel Episcopal Church. This sweet, little country church was spared and was repaired after the war.

The Reverend Henry Wall, who became the rector in September of 1865, reported the following:

“Emmanuel Church at Port Conway was now fit for occupation. It has been repaired by aid of the liberality of kind friends of the Church in Baltimore and New York and my personal friends of the subscriber in Alexandria.”