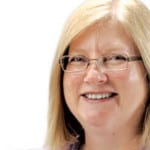 BY CATHY JETT / THE FREE LANCE–STAR

Is the King George County birthplace of James Madison haunted?

The Syfy Channel’s “Ghosthunters” show will be the latest to try to answer that question when it airs a “Dead Presidents” episode at 9 p.m. Wednesday. Feb. 19

“They called out of the blue,” said Michelle Darnell, who runs a bed & breakfast at Belle Grove Plantation in Port Conway. “We had paranormal tours in October; perhaps they found out through that.”

Madison, fourth president of the United States, was born at Belle Grove, but that house later burned. The center section of what was to become a handsome white frame mansion was built on its foundation in 1791.

Belle Grove became the home of a succession of families over the years. It was occupied by the Union Army during the Civil War and was a stopover for the regiment pursuing John Wilkes Booth after Abraham Lincoln’s assassination in Ford’s Theatre.

Darnell said she has seen a number of apparitions at Belle Grove and theorized that some long-ago residents loved the place overlooking the Rappahannock River so much that they never wanted to leave.

“I’ve seen a lady dressed in white standing in the balcony and an African–American woman in a yellow dress wearing a turban step out of the kitchen. She was carrying something,” Darnell said.

She also said that she once saw the apparition of a Union soldier walking past her so clearly that she could even tell the color of his hair.

“At first, I thought he was a contractor, but he wasn’t,” Darnell said.

Last October, Laine Crosby of the Travel Channel’s “Mysterious Journeys” and Biography Channel’s “My Ghost Story” did a lecture/workshop at Belle Grove on using psychic abilities to learn about history. When Crosby returned last month, one of the people in her group took a picture in what Darnell has named the Turner room after one of the families that lived there.

“There were six orbs in the picture,” Darnell said. “You can see a face in one of them.”

Orbs, or spirit orbs as they’re sometimes called, are believed by some to be a spirit. Others say it’s a speck of dust reflecting light.

Another woman who was photographing the mansion last weekend had one photo taken from outside looking in that showed what appears to be a face.

“It was smiling, which is a good thing,” Darnell said. “We like happy ghosts.”

Perhaps “Ghosthunters” will have similar experiences. It stars Jason Hawes, leader of The Atlantic Paranormal Society (TAP), and his team. According to the Syfy Channel website, Hawes “has made it his life’s mission to help anyone with questions pertaining to paranormal phenomena and ghost hunting.”

Darnell plans to bring Crosby back on July 12 for another workshop and will probably have some paranormal-type events in October. But she said she doesn’t want to overdo that aspect of the historic mansion.

She also rents Belle Grove for weddings, meetings and teas and has lined up a number of other special events there. They include giving free tours of the mansion this Sunday and Monday to anyone who brings a book about James Madison, the Founding Fathers, founding mothers, the Constitution or the American Revolution.

There will also be a dinner and dessert event to celebrate Madison’s birthday on March 15.

Belle Grove will be featured in a yearlong exhibition opening April 10 at the Virginia Center for Architecture in Richmond.