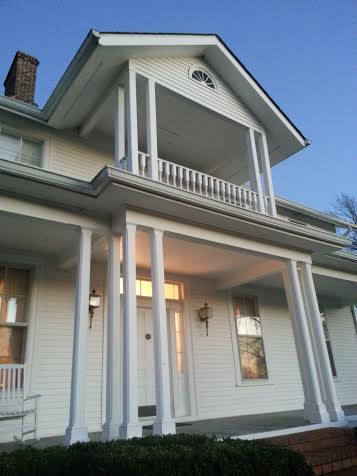 Since we have opened Belle Grove Plantation as a bed and breakfast, we have had some really wonderful and very interesting people come and stay with us.

This week was no exception.

On Friday, we had a mother and daughter come to stay the night. From their online reservation, we knew they were interested in their family genealogy from King George. The mother was currently residing in the Washington D.C. area and the daughter was up from Macon, Georgia. After reading this in the reservation, I knew we were going to have a good time talking. As most of you know, family genealogy is right up my ally. But I have to tell you, I didn’t know it was going to be this much fun!

About halfway down Port Conway Road is a cross street and area called Dogue. It is marked by a lonely, run down corner store that sits empty today. Connie referenced this store to ask me about the farm located across from it. It turns out this was her family’s farm at one time. She told me that there was a family cemetery located on the farm and that she wanted so much to be able to take her daughter, Cheryl, to see it. But she didn’t know who lived there.

So I offered to make some calls as I ran an errand to see if I could find out. My first call was to someone that I knew lived close by. Sadly, she didn’t know. But she directed me to call the local historian, Elizabeth Lee, to see if she might know. Elizabeth Lee is wonderful and so full of knowledge about the area and the families that called this area home. When I contacted her, she couldn’t remember the person’s name off the top of her head, but thought it might be “Campbell”. She had been at the farm a couple of years ago to write down the history of the farm and cemetery for the King George Historic Museum.

As I finished my errand and knowing that these ladies didn’t really have time to wait for me to find out who was there through other sources, I made one of the best decisions I have ever made in doing my research. I just drove over to the house to see who was there.

As I drove down the long drive to the house, I remembered Elizabeth saying that the entry was to the back of the house and that you had to drive around. As you approach the house, there is a white gate that looked closed tight. I am sure if anyone driving down the driveway saw this, it might scare them enough to turn around. But I was determined to help these ladies if I could.

As I drove around the back, I saw another car parking just behind the house. Score! I wasn’t going to have to walk up to a complete stranger’s house to a knock on the door! As I parked and got out of the car, two people exited their car. I introduced myself and told them I was from Belle Grove Plantation. I explained to the couple the situation I had and wanted to see if they would be kind enough to allow them to come. The gentleman, T Campbell, was more than happy to allow them to come. So I quickly made a call back to the plantation to let them know to come on over. 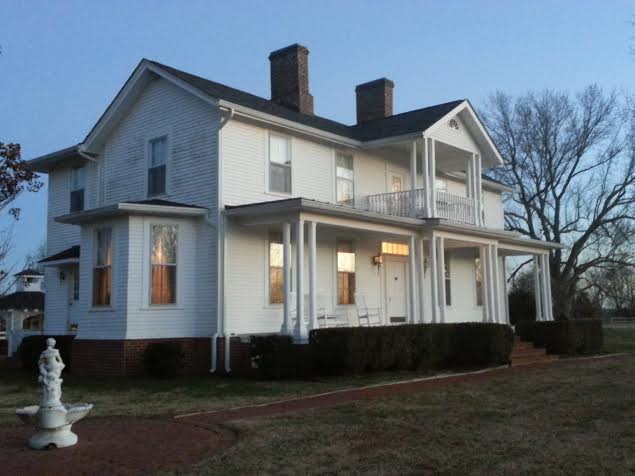 They arrived just at sunset, but still had enough light to view the cemetery. The one person Connie spoke of, Emma Rollins Clarke, was there as was her husband Welford Clarke. This had been the last member of Connie’s family to own what I later learned is “Dogue Farm”. Connie, Cheryl and T spent time walking the cemetery and then returned to the house. T had a picture he wanted them to see. 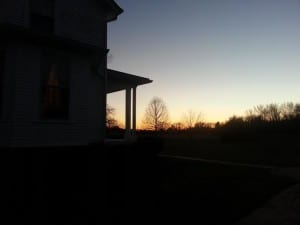 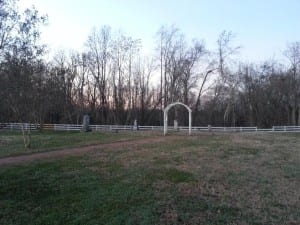 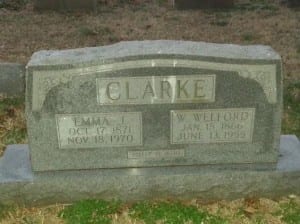 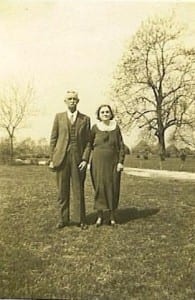 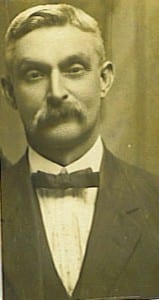 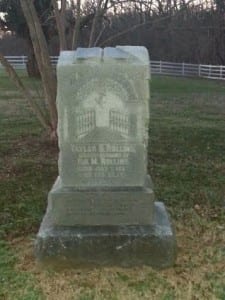 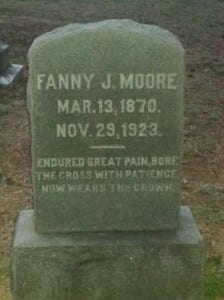 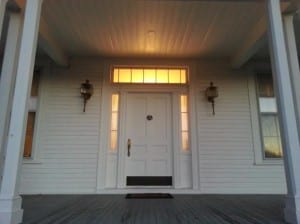 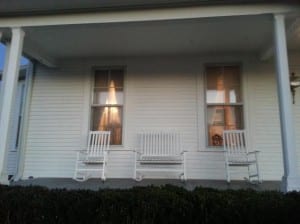 As Connie came in, the memories of her childhood came flooding back as she talked about the different rooms and how they looked when she was a child to what they look like today. As we moved from room to room, the warmth in her voice as she recalled family and furnishings just made me smile. What joy it was to be a part of her seeing this wonderful old home. 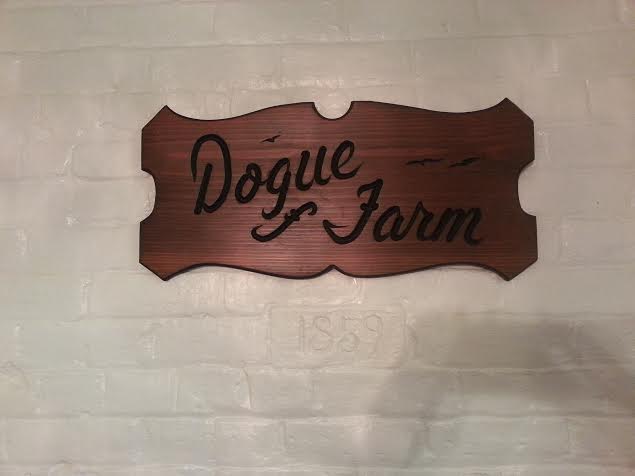 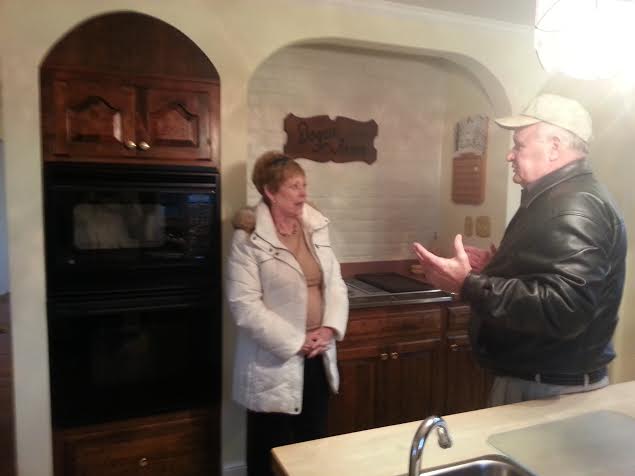 The picture that T wanted to show her was one that had been brought to him years ago. Connie looked at it, but wasn’t sure who the ladies in the picture were. But she was sure it was someone from her family. We moved from room to room listening to T talk about how he painstakingly restored this home and how Connie remembered it as a child. The stories were priceless to hear. 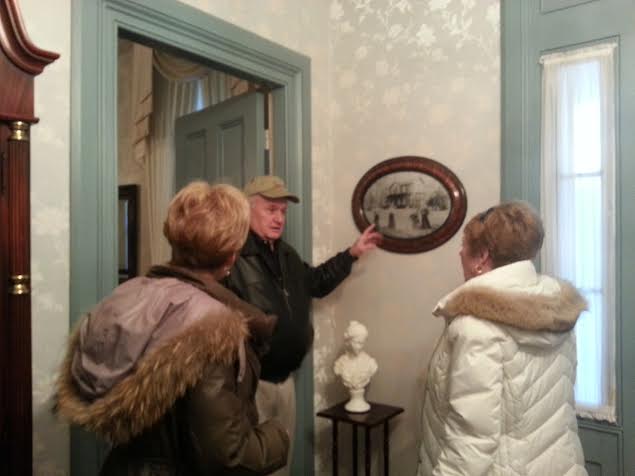 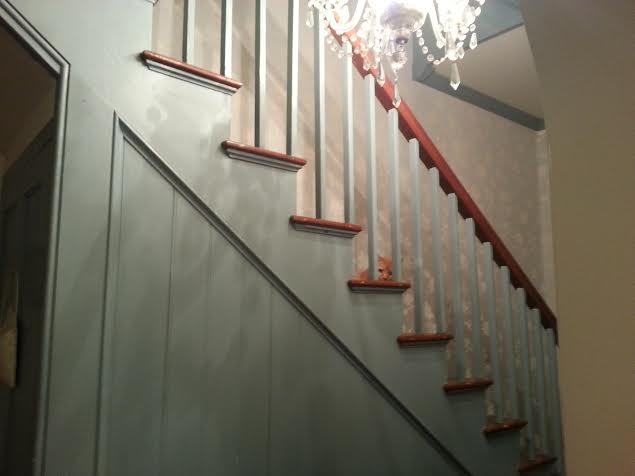 Look who was peaking at us! 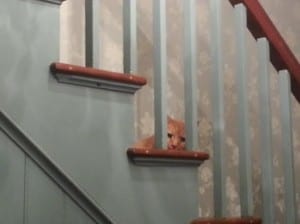 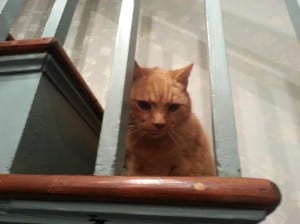 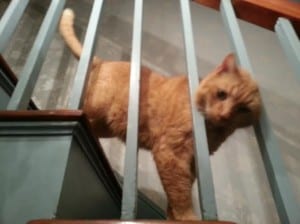 He warmed up to us before we left 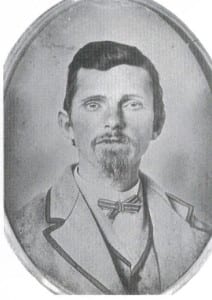 The story according to a deposition taken from William Rollins by Lieutenant Baker was that Booth and Herold arrived by wagon owned by a colored man name Lucas. They had tried to convince William Rollins to take them across the river by way of his fishing boat. However, Rollins wasn’t able to as the tide was rising and he and coworker needed to set their nets. Once Rollins returned, he offered to take Booth and Herold across. But by this time, they had met up with three Confederate soldiers, one named Wille Jett. They had decided to wait for the approaching ferry instead. Once the ferry arrived, Booth and Herold crossed the river with the three Confederate Soldiers. When Booth and Herold had first arrived, Rollins had told them about a place to stay in Bowling Green. It was later learned that Willie Jett had directed them to a home in Port Royal, from there he was directed them to Garrett’s Farm.

The deposition is really interesting because it talks about timelines of when Booth and Herold were at Port Conway and when the detachment pursuing Booth arrived. This is important to us because this detachment stopped at Belle Grove Plantation to rest before going on. This piece of history has been hard to pull together as a timeline for us. Our biggest questions being, when did they arrive and how long did they stay?

According to Elizabeth Lee, who is currently writing a book on Booth and Harold’s time in King George, the detachment arrived at Belle Grove sometime after 10:30pm on Monday, April 24th. They would stop and rest and then continue the pursue the next day. According to the deposition, the detachment arrived at the ferry in Port Conway at 3 or 4 afternoon which is when they met up with Rollins.

So not only did Connie and Cheryl have a wonderful chance to see their family’s farm, but we were able to learn more about William Rollins, the pursuit of Booth and it’s connection to Belle Grove Plantation.

We would like to thank T Campbell and his fiancee, Ally for opening their home to us! They were some of the sweetest people we have met here in King George!

We would also like to thank Connie and Cheryl for allowing us to share in the fun and giving us new insight into the history of Belle Grove Plantation and Port Conway!